The pandemic has immensely changed the world and continues to affect our everyday lives. In the midst of this, the workshop that used to be held in Tateshina every year was, unfortunately, once again held as a half day event in Tokyo.

The theme of the workshop was written on the program that had been sent out in advance. "More than meets the eye: That which can't be seen" -the (fictional) Atsumi International University has just opened four faculties. Tell the prospective students and their family coming to the open campus what makes each faculty interesting as well as its purpose and appeal, and in your own words express that which can't be seen!

What on earth could that mean? Without a concrete image in mind, the day of the workshop came. The foundation staff and Raccoons had all prepared for this day in advance. After the fellows had gathered both in person and online, we first had a round of introductions.

There is always a topic added to introductions at the foundation, and secretly I enjoy them. I think the extra topic is a good opportunity to re-examine oneself. This time, the topic was "I always (),"and "actually, I don't understand ()/I can't see ()."

I shared my daily struggle--"actually I don't understand right from left"--but others spoke about topics ranging from the beginning of space to the boundary between humans and animals, how to deal with arguments, how to cook.. it was incredibly vast. Looking at it from this perspective, there are certainly many things one doesn't know/can't see in the world (or, in other words, one might just think one can see certain things.)

After the introductions we got to work on the main theme. Based on how much nattou one eats, we were divided into four groups. In each group there were three fellows, and one Raccoon who would act as facilitator. In our groups of four we started the discussion, which lasted for an hour.

If you were a prospective student, what type of faculty would you like to enter? What about thinking about it from the perspective of a parent supporting a child? I get it, I thought, and as we exchanged opinions an image gradually started to form.

My group decided on a faculty called "Faculty of 22nd Century Border Crossing." The climate crisis, international conflicts, the pandemic.. in this century in which problems are abound, we aim for a faculty which doesn't draw lines between countries, disciplines, and ideas, but rather which fosters a form of deeper learning for the future through the ability to think and act flexibly and to freely cross borders.

Next, if the group members were lecturers, what kind of education would we provide? What is the appeal of what I have studied up until this point? By combining different specialties, what kind of possibilities could exist? We seriously discussed this up until the very last minute, and then started preparing for the presentation.

And then, the presentation! Each group brought forth incredibly unique ideas. "Abolishing school years, implementing a mentor system and so on, providing a form of education where you can get to know yourself better," "combining sociology, medicine and literature to deeply learn about humans," "through the physicality of the body foster expressions for academic writing," and so on, each idea was enchanting and overflowing with creativity. Through the presentations each presenter's attitudes towards learning and thoughts up until present also became apparent. It is rare for researchers from different fields to be able to so seriously exchange ideas like this. It was an incredibly stimulating and exciting time.

After the stimulating presentation session we had a reception, enjoying conversation while eating the delicious obento. I want to make use of this experience to develop and take my research further. 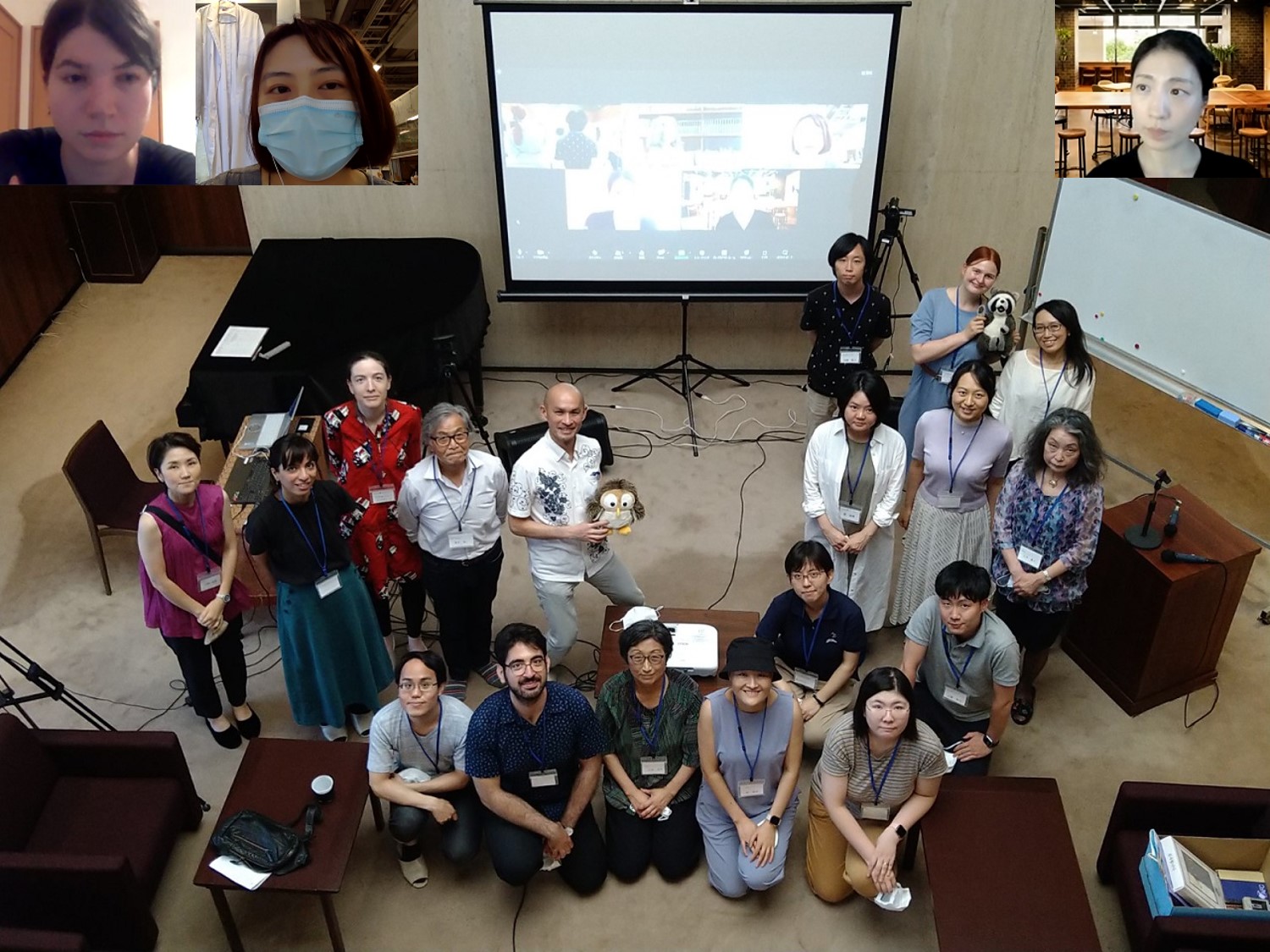