On April 2nd, 2022, the Atsumi scholars from 2021 and 2022 gathered at the foundation hall for the April meet-up. As a 2022 scholar, this was my first time meeting the other scholars in person, and while a little nervous I was also full of excitement as I made my way to the venue.

The session started with an introduction to the foundation. The foundation was founded in 1995 and sought not only to provide financial assistance to international students, but to foster international exchange and understanding. I was pleased to learn that even after getting their doctorates scholars value and become a part of an international network. I learnt that this was the first year that Japanese scholars were selected, and as a Japanese person I would like to think about how I can contribute to this foundation.

I spoke with a number of other scholars during the break. In pursuing a PhD, there is a lot of joy in deepening one's knowledge of one's field, but also many difficulties. However, I was inspired by how diligently everyone was working on their research. I would like to continue being inspired by and inspiring my fellow scholars as I work towards my doctorate.

To end, I would like to extend my greetings and thanks to everyone at the Atsumi International Foundation for choosing me as a scholar, and to my fellow scholars. I'm looking forward to working together with you. 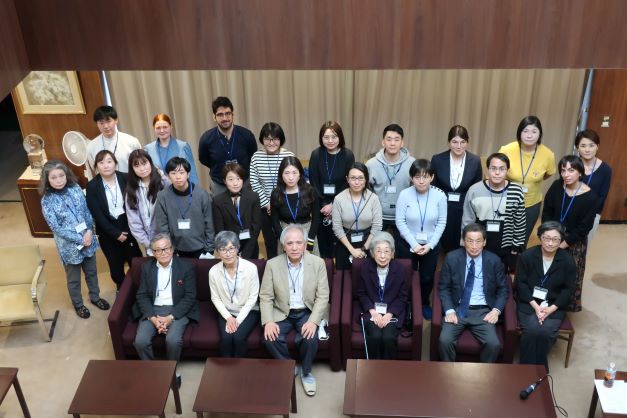