The Tateshina Workshop is usually an annual 3-day, 2-night affair. However, because of the coronavirus it instead became a half-day workshop in Tokyo for the second-year running. On the 2nd of July, a rainy Friday afternoon, we gathered in the Atsumi Hall.

First, we were informed that the chairperson would be stepping down, and were greeted by the new chairperson. Next, the instructors for the day - senpai Raccoons Sim Choon Kiat, Mya Dwi Rostika, Sim Woohyang Chloe and Magdalena Kolodziej - introduced themselves.

Dr. Sim facilitated the event, and we started off with an ice-breaker. Those of us participating at the venue each talked about a "surprising, disappointing, furtive" experience. It was a bit of a strange theme, but many humorous stories were brought up and it felt like we were all exchanging little secrets with each other. As an ice-breaker it was a really great activity.

Next came the workshop. Dr. Sim introduced the theme which was "Diversity: To what extent do you accept diversity?" and introduced the issue of "Diversity" from a number of different perspectives to make us think about it more.

Then came the discussion. Together with those participating via Zoom we were split up into three groups with the senpai Raccoon facilitating the discussion - listening to each group's discussion and encouraging an exchange of opinions. Everything went smoothly.

After that came the presentations and Q&A session. The third group presented pros and cons regarding "diversity of school uniforms," and arrived at the conclusion that it was important to respect the individuality and identity of all students. Dr. Mya commented that while plain clothes demonstrate one's financial situation, uniforms promote an equality in appearance, which led to more discussion.

The second group talked about the case which Dr. Sim introduced of a cake shop in the US that refused to make a wedding cake for a gay couple. The group brought up each member's thoughts on the issue, as well as their response to the topic of "to what extent should diversity be respected." Rather than "to what extend should diversity be respected," there was a member of the group who said that there was a need to rethink the concept of "diversity" and "minority."

Many of the members of the first group were science majors, and discussed "the diversity of foreigners in Japan" from a science perspective. The conclusion they reached was that diversity is a natural state, and as such it would be good for Japan to invite more foreigners of diverse backgrounds to the country.

The workshop concluded with heartwarming remarks from the previous chairperson. We had a thoughtful discussion about the issue of "diversity," and although it seems that one may have the same opinion as others if one digs deeper one will find the nuances that exist and the different borders that people might have. It was an incredibly fruitful session. 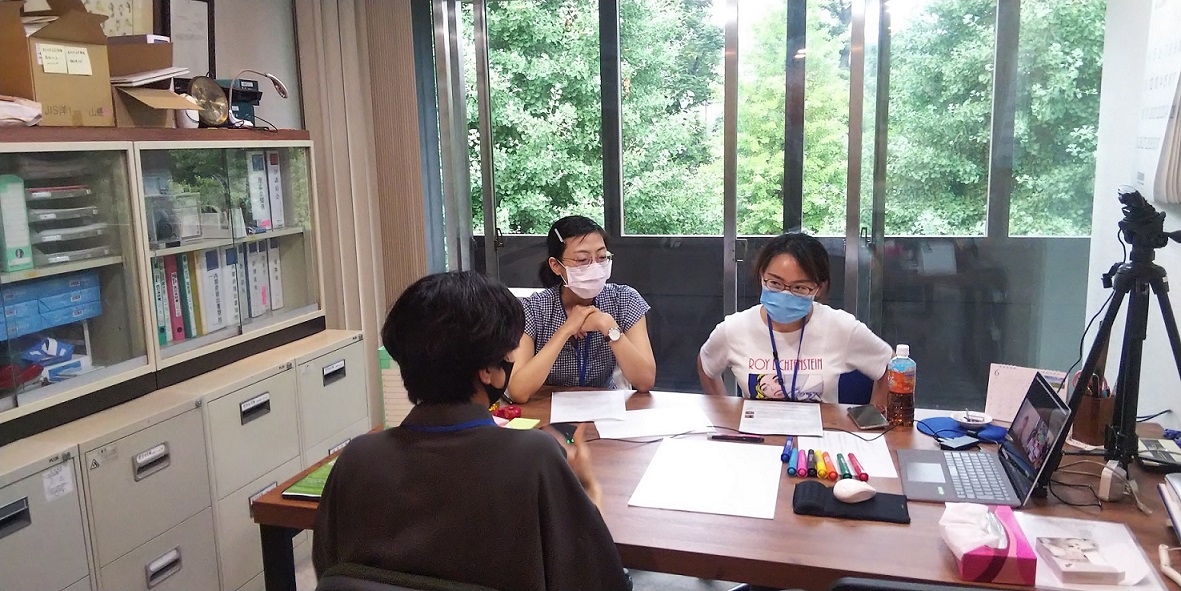