On July 6th, we left the steaming streets of Shinjuku for the Tateshina plateau. Driving west into thick rain clouds while trying to stay in touch with colleagues joining us from the west, we still had no idea that this storm would turn into the disaster that claimed over two hundred lives. After paying our respects surrounded by the giant Onbashira of the Suwa Grand Shrine, we lost ourselves in the surreal roadside attraction of the Suwa Glass Village, home of the nation's largest crystal, finally arriving at the Kajima mountain resort by dusk and settling at the Taiko mountain lodge, an imposing structure with gorgeous views of the forests cradling the Yatsugatake peaks.

This year's workshop starts the next morning on the theme of campus harassment; a timely topic as echoes of #MeToo continue to resonate through university faculties and organizational structures. Our workshop facilitator is SPF Dale, my former senior colleague at Sophia University, and more recently assistant professor at Hitotsubashi University. Our conversations focus on a particular tragedy which recently shook their campus, where in 2015 a male student, A, took their own life by jumping from one of the university buildings. Months earlier, A had been outed as gay by fellow student B. When A confessed his feelings for B that spring, B declined politely. In June, B declared in a chat group between classmates that "[I] can no longer hide the fact that you'e gay. I'm sorry" A replied jokingly, puncturing his own suggestion of violated human rights with a "lol." The conversation stopped there, but other participants later signaled their equivocal support for A with stickers and emoji, screenshots of which provide a glimpse of the ambivalent atmosphere surrounding the escalating conflict between A and B. A's last farewell to his classmates also took place through the messaging app, minutes before his fall.

I personally appreciated the efforts made by our facilitators to guide the discussion toward the institutional structures within which the conflict played out rather than pointing fingers. Unable to confront the person that outed him, A suffered from severe anxiety, according to the family's lawyer, turning to professors, student health and counseling, as well as the university's harassment ombudsman, only to be referred to an external expert on gender dysphoria. From the facts that have been made public this appears an unlikely diagnosis, confirming the attorney's accusations of widespread institutional lack of understanding or sympathy for A's plight. And yet, the parties involved who arrived at this conclusion were university employees not unlike you or me. If I was someone to whom A had reached out for help, how would I have reacted? How should I have acted? Our discussion of these scenarios never reached a sense of conclusion. Gendered experience or expectation differed not only by cultural background; a generational divide made itself felt as well, for example in resistance toward folding sexual attraction or activity into identity. At the same time, our group could potentially include not only victims of sexual harassment but also individuals who, much like the protagonist of J.M. Coetzee's "Disgrace," consider themselves as having "solved the problem of sex rather well." And yet, putting ourselves in the shoes of the perpetrator is not an easy task. Our facilitators deserve our thanks for working to make possible this difficult conversion, as do our sponsors at the Atsumi Foundation and our generous hosts at the Taiko lodge.

B reached a settlement earlier this year (the terms of which remain undisclosed) with A's family, who are still pursuing a lawsuit against the university for improper conduct. In the meantime, the Hitotsubashi outing incident has been covered by sites like Huffington Post and Buzzfeed as a typical case of outing. Narrowly defining the word as an expression of structural violence against sexual minorities, however, disregards a long history of strategic resorts to outing tactics by sexual minority rights activists -- Harvey Milk's outing of a former marine who intervened in the 1975 assassination attempt on US President Gerald Ford being but one well-known example. Current attempts by authorities to account for these complexities through legislation, beginning with Kunitachi City's hastily approved outing ban, would do well to consider this history. 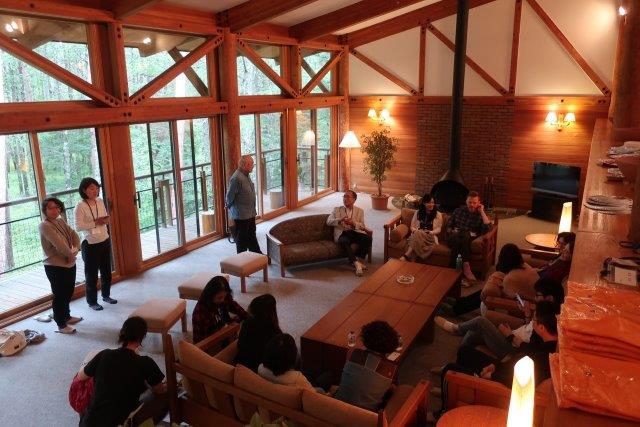