On November 9, 2017, listening to a news that "it is the first cold day this year", I visited Kajima's construction site "Tokyo Midtown Hibiya", which is scheduled to open in March 2018. Ten scholarship students and AISF staff members, Managing Director Ms. Imanishi, Secretary General, Mr. Tunoda, Ms. Ota and Ms. Honda gathered in front of the building that we would visit that day. A staff member of Kajima received us and started her briefing.

When we entered a multi-purpose room, we were fascinated by the view from the room window. We could see the Imperial Palace and its surroundings as it was sunny and felt relaxed. At first, I thought why would another high-rise building be necessary in the area where there are so many high-rise buildings already that might have so many purposes. The Kajima staff explained to us the important points of this building functionally and technically. After her explanation, she guided us to the construction site.

As the briefing went on, we were impressed by facilities of the site and the engineering in Japan in the field of construction of buildings.

I got many surprises. First of all, the opening of this building is already fixed at March 2018 and they have only several months from now. It seems to me that they have a lot of things to do, like the interior works beside the construction itself or final cleanings.

Secondly, I could not believe that high-rise building (191m height / 35 stories) is being built at the site where it used to be the sea. I remember, in Nepal, a newly built concrete house that was built at the riverside has been broken like a sand house during "the 2015 Nepal Earthquake". I asked her whether this building is safe and could confirm that this building is being built on the solid ground of more than 60m in depth.

It was interesting for me that they have started their works from the first floor not underground. It was my surprise that they built on the ground and underground at the same time.

Finally, their engineering and facilities for earthquake countermeasures were interesting. An earthquake-resistance machine, named "HIDAX-R", is installed in this building, which can withstand an intensity 7 (sindo-7) earthquake. This machine can change the energy of earthquake towards restraining the shaking of building. Furthermore, they keep a space for more than 3000 refugees in this building. I was impressed by such measures, which only Japan, which has a lot of natural disasters like earthquake, tsunami (tidal wave) or typhoons, can do.

As I had to return home for my picking up of my daughter at nursery school, I regretted I could not visit the underground site that I looked forward to seeing when I heard the briefing. It was difficult for me to imagine that this building and Tokyo Metro are connected at underground.
I like to visit again when this building will open in March, 2018.

Lastly, I express my thanks to all who have kindly arranged this study tour, which has become one of my good experiences. 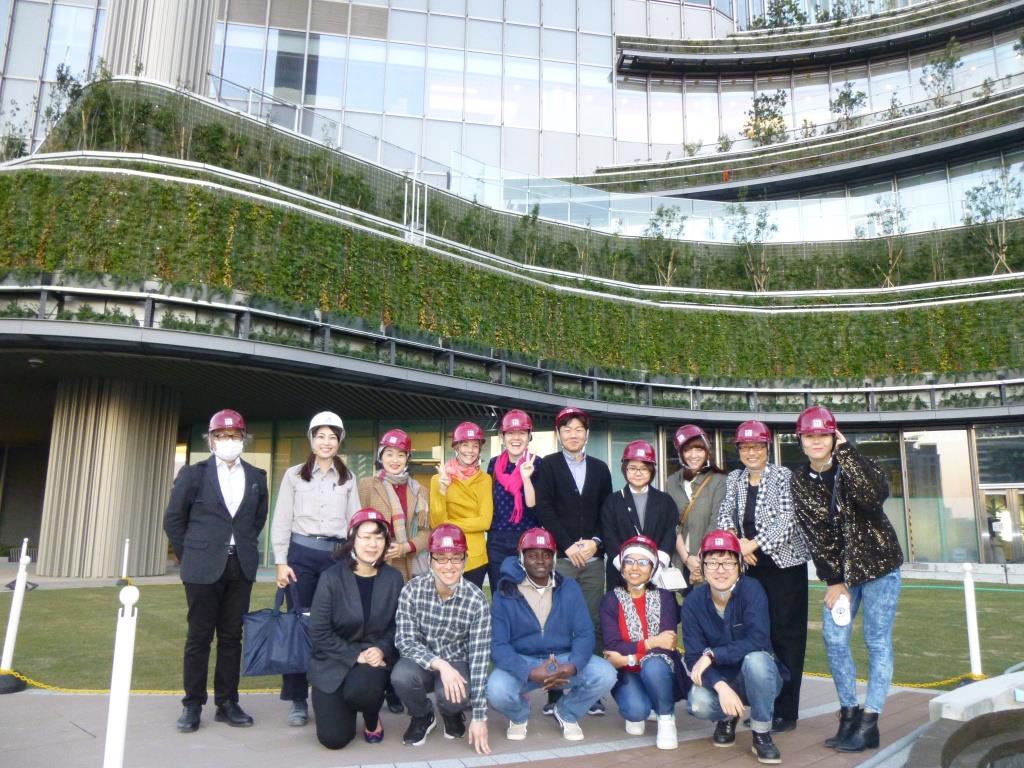