On May 20th, 2017, the first anniversary of the inauguration of the first woman president of the Republic of China, we had a get-together meeting celebrating the success of the 7th Japan-Taiwan Asia Future Forum, at the Chinese restaurant "He feng," being close to the Forum. All together 40 members at four tables enjoyed the foods, together with the Executive Director, Ms. Atsumi, who is always staying fine.

Dr. Lan Hong Yuen (2005 Raccoon) organized the meeting, together with Dr.CHANG Kuei (2003 Raccoon) as MC (master of ceremonies) and Dr. XIE Hui-zhen (2011 Raccoon) as an interpreter.

At a toast, Mr. Onodera, the President of Chung-Lu Construction Co. Ltd (Kajima, Taiwan) appraised our growth, humorously saying "baby Taiwan raccoons grew now to big raccoons during these seven years." I believe that, without the support and leadership by Chung-Lu, "the Japan-Taiwan Asia Future Forum" would have never developed.
I do hope Chung-Lu would give us their continued support.


After the delicious dishes, we got a few words from some guests. Professor Tung, Ko-yug (Harvard Law School) delivered his speech in English. Dr. XIE Hui-zhen, as an interpreter, translated his "American joke" successfully and got a shout of "Bravo!"

During such pleasant talk at the meeting, Dr. Liang Yun-hsien (2006 Raccoon) and her
family and Mr. CHAN Chai-fong (2007 Raccoon) and his two children were preparing steadily for the tea party as another party, at another place in Taipei City. This tea party has become customary at "Taiwan Raccoon kai."

The meeting closed by "San-Bon-Jime" (hand-clapping in 3-3-3-1 rhythm, repeated three times) which echoed throughout the hall, led by Mr. Jun Kurine, President of Chemical Grouting Co. Ltd. Taiwan Office. The 7th "Japan-Taiwan Asia Forum" came to a close in an atmosphere which we were reluctant to leave.

We enjoyed Taiwan tea, which the husband of Mrs. Liaghas prepared for us, being surrounded by Japanese style "Ochaya" (tea house) and were healed mentally and physically from our last hard schedule of endeavoring for cultural harmony between Japan and Taiwan.

The 8th Japan-Taiwan Asia Future Forum will be held at Soochow University in 2018 and the theme will be "cartoon." I like to proceed, as "a grown up Raccoons," year by year, so that we can appeal for "global citizens." 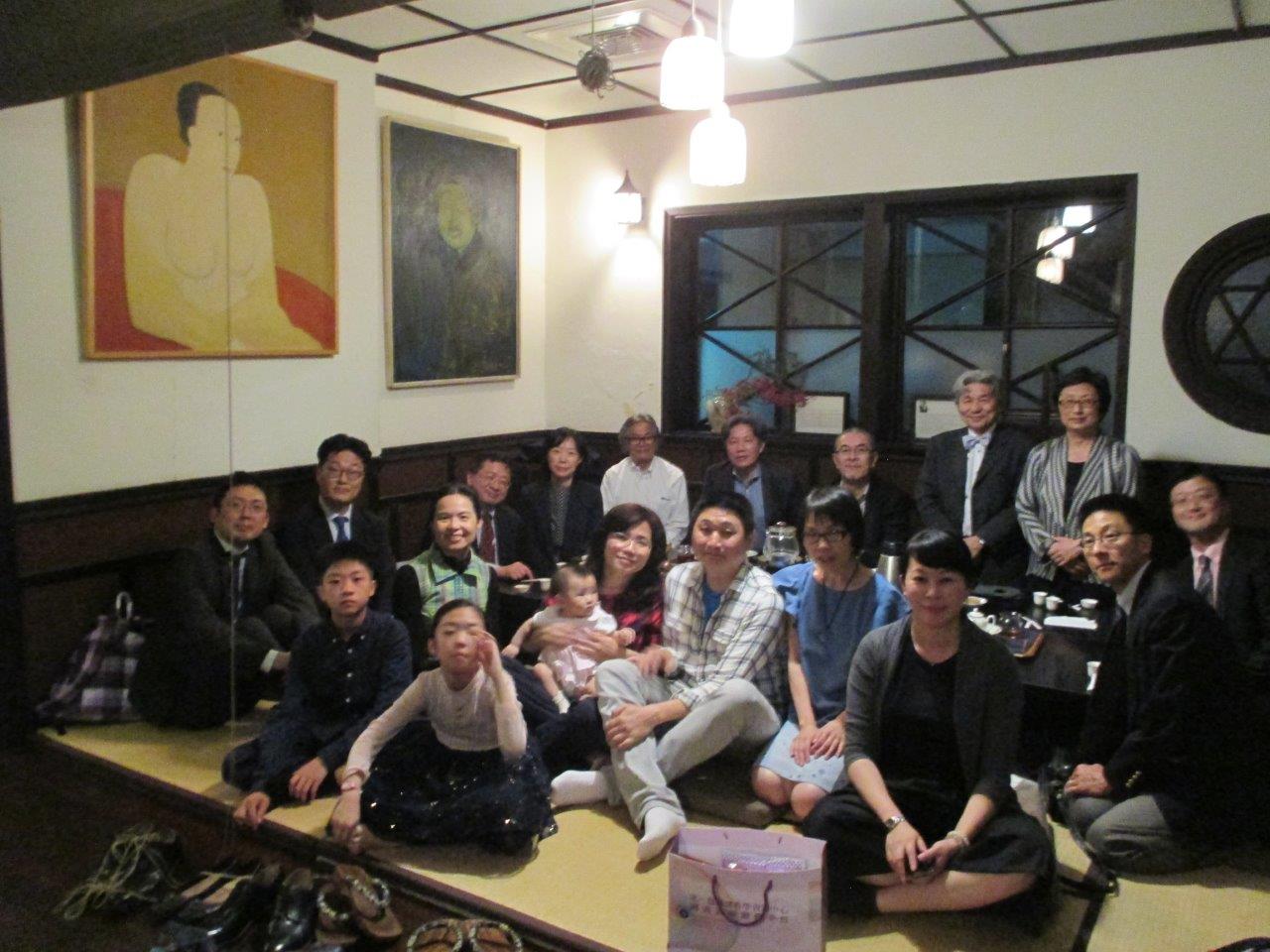