As some of them were meeting for the first time, we started from our self-introductions.
Mr. Tsunoda presented an outline of the Asia Future Conference first and reported also on its preparation status. After questions and answers, we had a buffet dinner,

Though so many KSR (Korean Society of Raccoons) members got together, it was my great regret to have forgotten to take group pictures.
But, thanks to Dr. Chong, I could take a picture of some of them who remained at lobby. 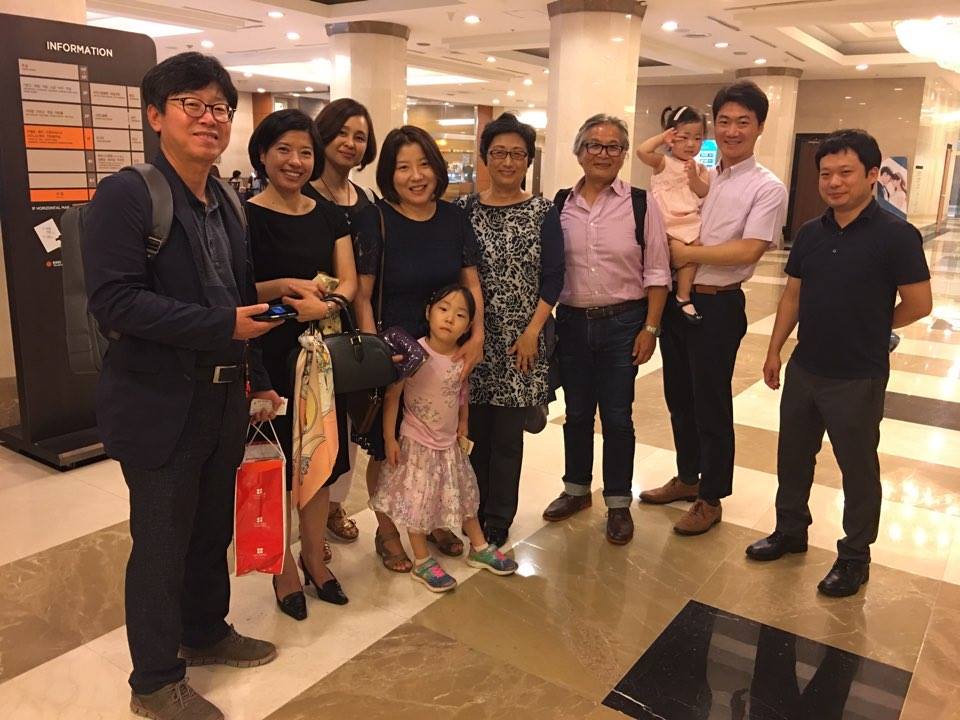