We had "Raccoon-kai in Sendai" in the evening, September 17, 2017, welcoming Ms. Imanishi, who has just finished "SGRA Fukushima Study Tour".
On this day, Typhoon No.18 (the 18th in this year) was approaching Sendai (the Tohoku (northeastern) district of Honshu).

Despite such an inopportune weather, three raccoons got together.
Dr. Zhu Lin (2009 Raccoon) who is working for Tohoku University since April, last year, Dr. Ulrich Flick(2012 Raccoon), who has just proceeded to his new post in Tohoku Gakuin University in April, this year, and myself (2015 Raccoon).

We enjoyed talking about our lives in Sendai, which are not long since we came here, and our research and educational activities over various Tohoku foods and Japanese sake.
At this moment, the numbers of raccoon in Tohoku is not many, but I hope Raccoon-kai in Tohoku would become more active. 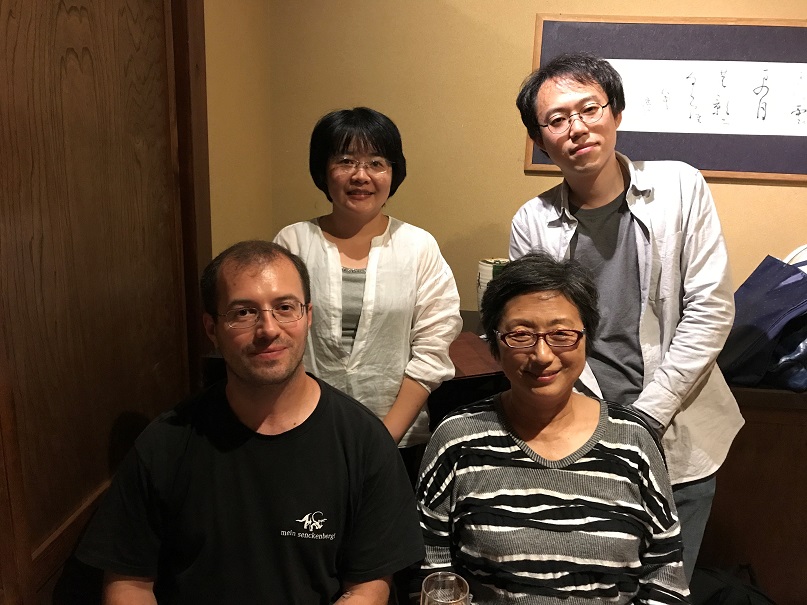