We had "Raccoon-kai" at the Fare Restaurant, near the Philadelphia Museum of Art on 13th May (Sat.)2017.

Raccoon-kai in the East Coast, USA has been held matching my visiting schedule to the US. Dr. Kevin brought a picture of Raccoon-kai in New York in 2006 (eleven years before) and this picture brought back memories.
All of us were young and our meeting was livened up.

After lunch, we visited "Sho-fu-so" Japanese House and Garden" which is a traditional-style Japanese house in the Fairmont Park. We were guided by Mr. Yuichi, the Club Chairman , and a volunteer, Dr. Frank. "Sho-fu-so" was built in 1953, when there had been a feeling of antipathy between Japan and America., The use of the New York Museum of Modern Art was upon the suggestion of Mr. Rockefeller for the promotion of friendship between Japan and America. It was planned by the famous architect, Mr. Junzo Yoshimura, in honor of Japanese prestige. And it follows the design of Onjo-ji (temple) (now called Mii-dera) Ko-jo-in Kyakuden (Guest Hall) which was built in the beginning of the 17th century.
It was first built in Nagoya and dismantled for shipment to New York and moved to Philadelphia and preserved and cherished.

When it was restored in a big scale in 2007, the master artist, Hiroshi Senju, donated a picture of the famous waterfall painted on "fusuma" (papered sliding door). It was explained to us that when a thatched roof of "hinoki" (Japanese cypress) would be repaired every 20 or 30 years it would cost about one million dollars. We admire the American people for their effort to observe Japanese traditional architecture.
During our walk there was a drizzle, but we continued our stroll of the garden and enjoyed spring (fresh) scent of green plants, especially the azalea. 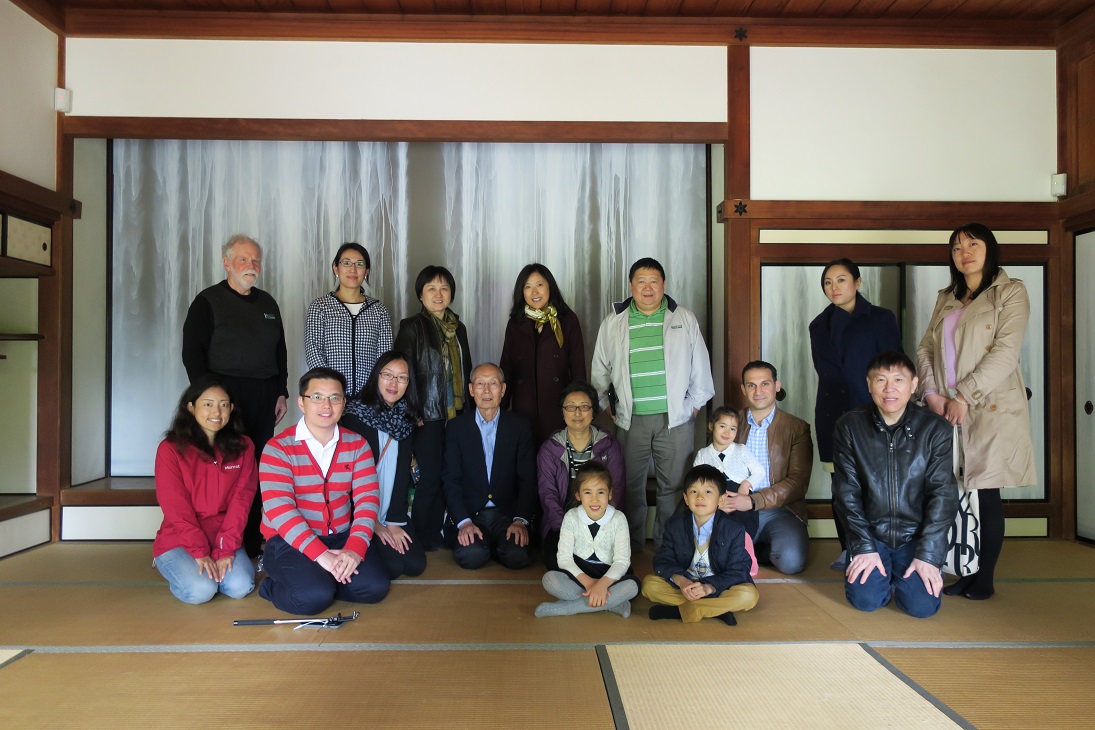