We, 2016 Raccoon members, left Shinjuku for Tatesina in the morning, July 1, 2016.
It was raining all the way while we were in our bus. But, when we arrived in Suwa City, our destination, the rain stopped and the weather became clear.
The theme of our work shop,this time,was "Global Citizen".

The group work part of the program was the most impressive for me. Participants who worked for this theme were divided into four groups. Our group, named "Rainbow Bridge", was given two themes. The first was a play performance on the given subject and the second was making a presentation on "what we should do as a global citizen to make our world better".

In the play part, we performed how to solve a situation of children who cannot go to school but have to work in a factory as a result of their fathers losing their job due to the advance of a global enterprise to their areas. When was my last performance in any play? At my middle school? Or primary school? I was ashamed a little of unfamiliar performance. But, luckily enough, we were able to complete our performance being encouraged by the enthusiastic performance of the other raccoons.

After our performance, we made a presentation proposing our idea of solution for the situation described above. Production of a poster on our performance was another task for us. I am not good at drawing a picture, but there were many Raccoon members who are good at giving ideas, forming a opinion or producing pictures. Our works went smoothly making up the disadvantage of our colleagues by the advantage of other colleagues. Our team made our presentation showing a change from one with a "desperate ring" to one with a "hopeful rainbow" by describing activities of "global citizens" using our group name "Rainbow Bridge".
While I was doing our task, I thought we can give big assistance to solving any problems which result from globalization of our world, if each global citizen can cooperate with each other.

However, I do not mean to say I have no question. It is a keynote speech by the first teacher of our workshop. He is a specialist on the issue of immigrants in Europe. He gave us a topic about "global citizen" broadening the subject of immigrants in Europe into East Asia. He raised two cases as examples of global citizens in Japan. One is Mr. Togo Shigenori (Bak Mudeok) who was born in Japan as a descendant of a Korean potter.
By using Japanese name "Togo Shigenori", not Bak Mudeok, he could be active in the field of politics as a Japanese governmental official in Japan where the idea of "Imperialism" was developing. I could not follow or reach the teacher's opinion so soon that Mr. Togo could work as a "global citizen" which we discussed in our workshop this time. He could work only as a "governmental official under Japanese Imperialism".
I could not reach a conclusion that he worked as a "global citizen".

Another question was the statement in his speech that "there was no chance for a Japanese to see foreigners except Korean in Japan during a period from the end of the war to the 70's".
Is it possible to say Koreans in Japan as "foreigners"? During the period, prewar and during the war, Koreans under Japanese rule were considered as Japanese and mobilized into military services. However, after the war, the Japanese government said Koreans in Japan were foreigners from the logic of elimination of Koreans. In other words, the existence of Koreans in Japan is a "negative legacy" under Japanese Imperialism and this idea is still progressing. I think we cannot find any sense in the problem in his words. Without awareness of such issue, I do not think we can discuss usefully about "global citizen" basing on logic of elimination. These were my questions.

There were a lot of impressive things beside workshop. I can mention good foods as an example. Both breakfast and buffet at the social gathering were good. At breakfast, side dishes were good and boiled rice was especially good. I asked for another bowl a few times. And "Soba-noodle" was the most impressive among the buffet dishes. It became more tasty when soup is mixed with chewy ("al dente") noodle. It is really "Sinshu-Soba"! (Soba-noodle in the northern part of Nagano Prefecture)

We returned to Tokyo on July 3 after finishing all programs. In Tokyo, it became hot and humid in these days. And we resumed normal daily life. 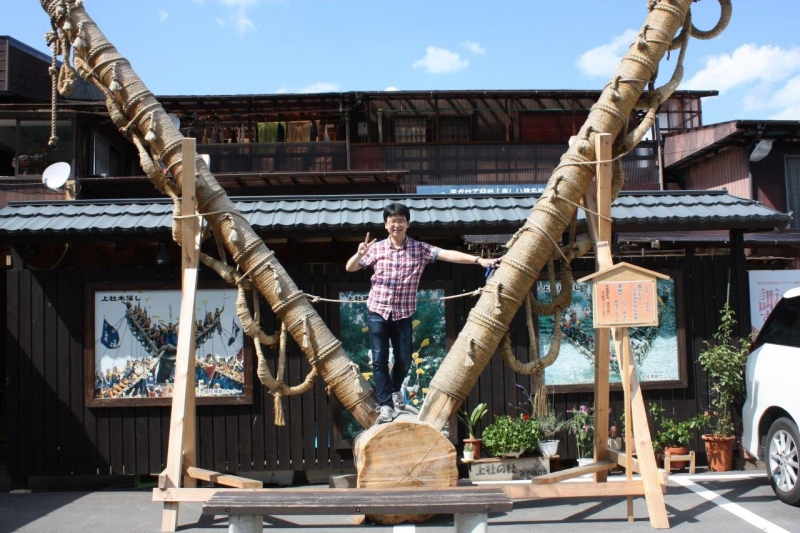