It was Dr. Aaron Rio (2012 Raccoon) who took his seat on my opposite side of our dinner table at the first dinner meeting in April, 2011, since I joined the Atsumi Foundation. I remember well his laugh during our animated conversation, though I do not exactly remember what we talked about. Five years have passed since then and he is now a curator in the Minneapolis Museum, after getting doctorate degree. As we came to know that he would visit Japan, we gathered at a Chinese Restaurant "Zuien-bekkan" on April 20.

Eight Raccoon members who were present at this dinner were: Dr. Sonja Dale (2012 Raccoon), Ms. Yu Gloria Yang and Mr. Frank Feltens (both are 2015 Raccoon), Ms. Kouchi (friend of Aaron and Sonja), and four staffs from the Atsumi Foundation, including Director Imanishi, Ms. Ishii, Ms. Honda and myself. Aaron sat at my opposite side coincidentally again but I could not talk much with him as before since we had to talk with the others too. I think this was a good procedure as we had many people to talk with.We talked concretely and actively rather than just sociable conversation like "How are you getting along?" and asked his opinion about digital images which will be used at the third Asia Future Conference, as Aaron is an expert in history of Japanese art. Gloria and Frank, who are members of the same faculty of Columbia University and Ms. Honda, with her specialty in history of Japanese art also, expressed their opinions. I was very glad that our activity spread from a base, the Atsumi Foundation, and to be able to get a return as a fruitful result from Aaron's visit.

It was Aaron who gave us similar return at the forum in the second Asia Future Conference in 2014. At that forum with the theme "Art Which Links Asia" which Aaron planned by himself, he sent us an advertising flyer with a drawing of a lion at "shishi-mai (Japanese Lion Dance)" and at Indonesian lion dance. It gave us an idea to prepare flyers for other forums too. A picture of a beautiful lion, drew by him, was used in banners of the Conference.

Such ideas enrich the activities of SGRA. I recall the other session, "SGRA Fukushima Report", which was planned by Sonja and Dr. Hyunjung Park (actually she could not join this time, due to have moved to Hokkaido). In that forum, we saw that researchers in various fields are engaged mainly in the operation of SGRA as their bases.

I hope such activities would spread to other generations. But, as one Raccoon pointed out, it is regrettable that the young generation sometimes behave individually. As a staff member of the Foundation, my thoughts were going around on how SGRA, as a base of researchers, should be?, how SGRA is needed by them?, and is it enough for me just to wait for Raccoon's independence of mind?

I was called and I looked up.Aaron, from the opposite side of our table, called me saying in a secretive manner "I have a something to talk with you." But, it was just on TV drama.
"Mini Raccoon-kai" (actually, it was not so "mini") lasted until late at night chatting nonsensical talks and discussing seriously over the wonderful Chinese foods as five years before. . 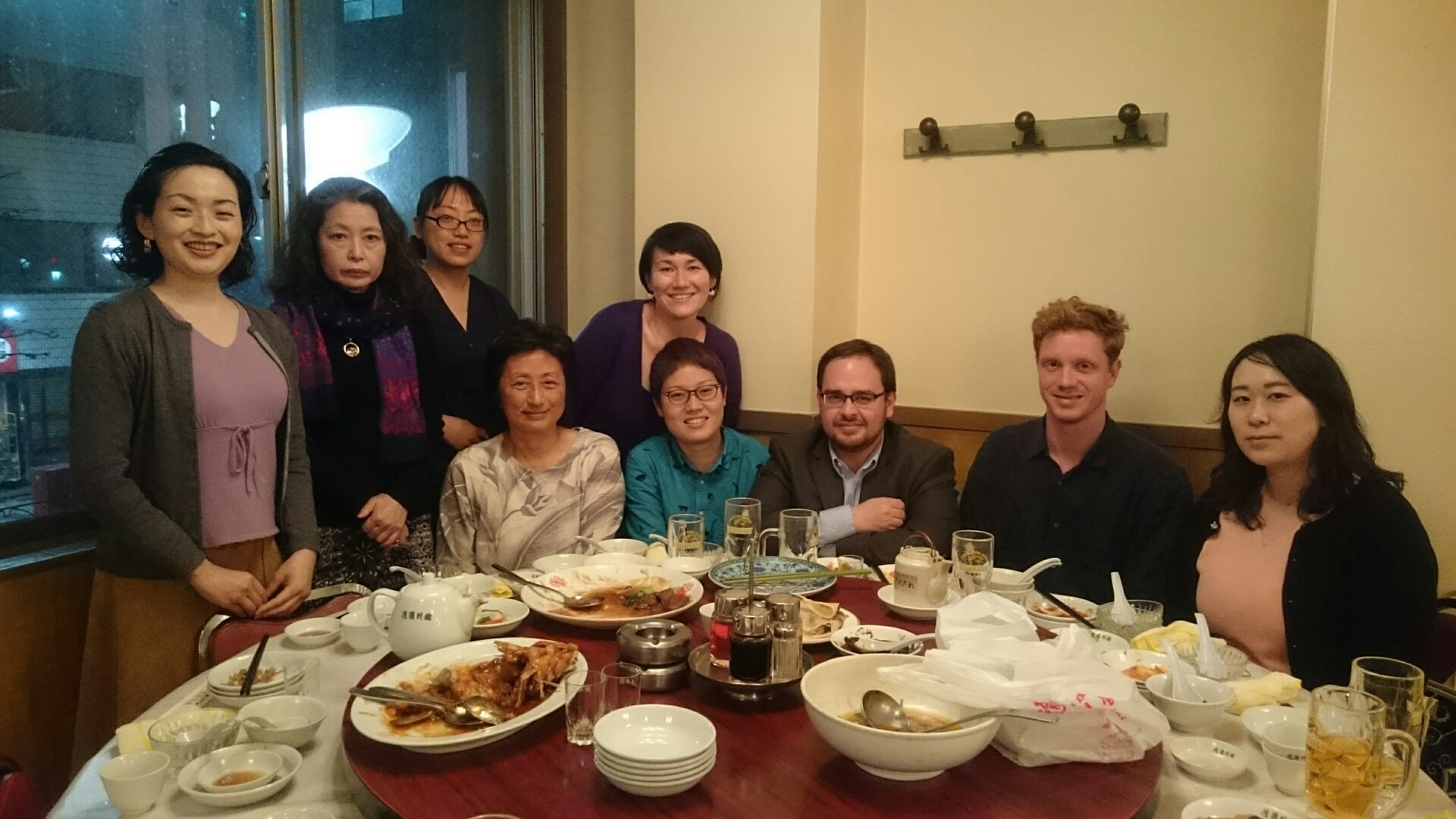