On September 6, 2015, at five o'clock in the evening, the Korean Society of Raccoon (KSR) was held at "Sandlehea"(restaurant) in Banpo (area) in Seoul, using the occasion as an opportunity for a visit by Ms. Junko Imanishi, Managing Director and Mr. Tsunoda, Director/Secretary General of Atsumi International Foundation who would attend a meeting of the Institute for Japanese Studies in Seoul National University. This meeting was a follow-up to the proposal by Professor Park Cheol-hee, Director of Institute for Japanese Studies, Seoul National University. He proposed the "Conference by Researchers of Japanese Studies in East Asia" adopted at 49th SGRA Forum "Looking for New Paradigm of Japanese Studies" at Waseda University on July 18, 2015.

There was another proposal at the SGRA Forum in July titled "Conversation among the History of a Nation" besides "Conference by Researchers of Japanese Studies in East Asia". So, we had a mini-meeting before dinner to exchange opinions and discussed possibilities of having a forum for discussing the histories of Japan, Korea and China.

We had a KSR last year, and I feel participants are being immobilized. Some are being invited to research teams of SGRA by senior staffs, but it seems that such an attempt failed because young researchers did not join. We have to devise a plan for the KSR next year which young researchers can join,

We had KSR this time just after an incident in September involving the withdrawal of an emblem of Tokyo Olympic 2020 by the designer himself. The incident became a popular topic of our conversation.
It was noteworthy that many people said "recent Japan is not Japan-like" then? What is "Japan-like" then ? It is a thought-provoking topic for me. 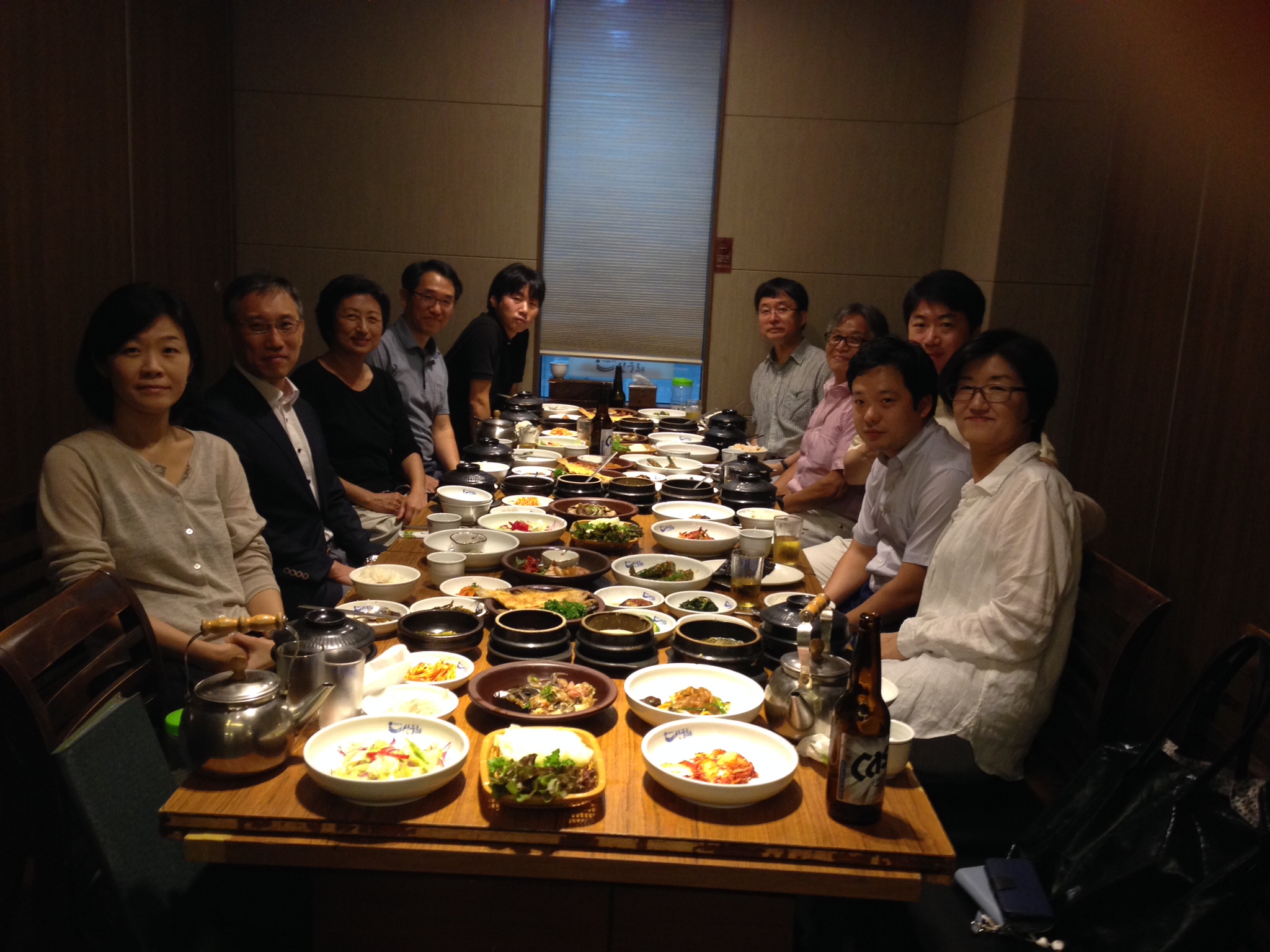