Thanks to Mr. Shimazu Gathering

Mr. Shimazu, Secretary General, who had been working for the Atsumi International Foundation for 15 years resigned on March 15, 2015. We held a "Meeting of Appreciation" on April 18 (Sat.) from 17:00 at the hall of the Foundation. The meeting was promoted by the Raccoon to convey our expression of gratitude to Mr. Shimazu. Despite our short notice and that the meeting happened on a week-end, 30 Raccoons and people concerned with the Foundation got together and we were able have a very warm "thank-you" party.

Some of the Raccoon OB who could not participate sent us mementos, beautiful flowers, nice Japanese Sake or letters of appreciation. The party was moderated by Mr. Li Enmin(1997 Raccoon), and Mr. Gao Weijun (1995 Raccoon) proposed a toast.

We enjoyed pleasant talks over delicious BBQ. And all the participants expressed their memories of gratitude to Mr. Shimazu. We presented to him mementos (travel coupons), a bouquet and cardboards on which everybody wrote their sentiments while other people were chatting. Executive Director, Ms. Atsumi gave a brief remark expressing her gratitudeto Mr. Shimazu. It was a delightful and family-like party.

"Mr. Shimazu! Thanks a lot for all your work for the Foundation. We appreciate your long time hard work...." 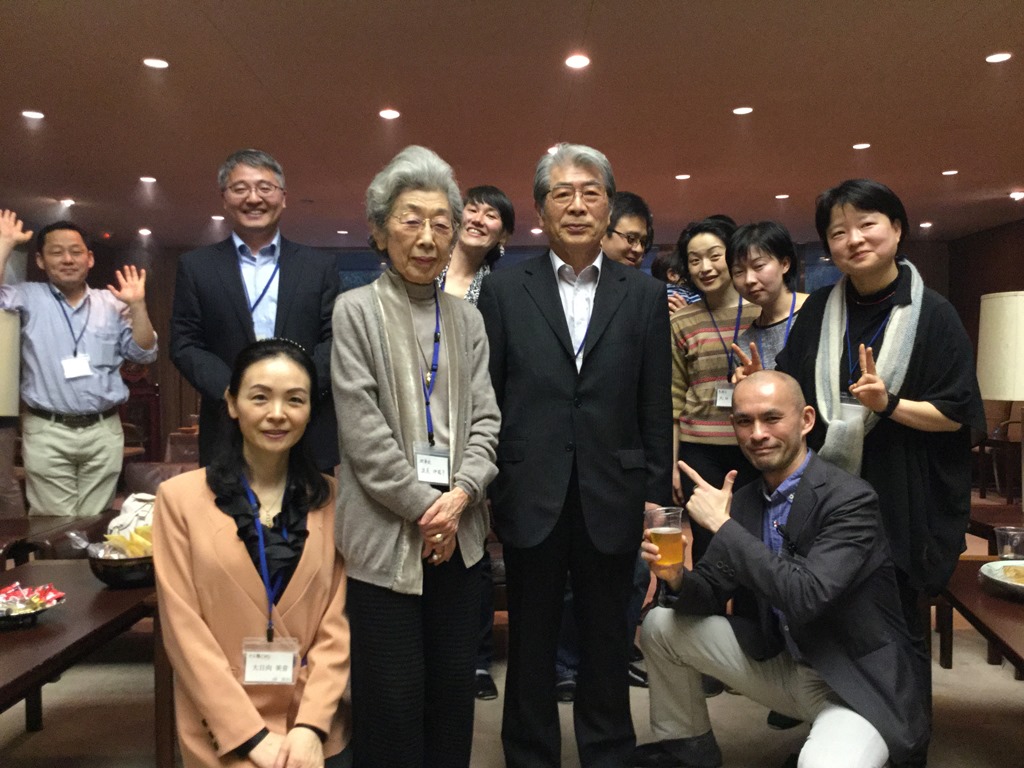