Celebration of the 20th AISF Anniversary

The celebration for the 20th anniversary of the foundation of Atsumi International Scholarship Foundation (AISF) was held at Kazan Kaikan, Kasumigaseki, Tokyo on February 6, 2015.
We celebrated the anniversary splendidly this time in Tokyo, as compared with previous celebrations in Seoul, Shanghai and Taipei. This celebration had more than 200 guests in attendance.

The celebration was moderated by Dr. Yu Xiaofei, (2002 Raccoon, teaching at Nihon University) and myself (Ms. Li Ting, 2014 Raccoon). We, together with other Raccoon members, wished all guests to enjoy wonderful meals and good conversations with Raccoon members on our "omotenashi" (hospitality) part of the activities.

The participants included such supporters as Executive Director, Ms. Itsuko Atsumi and Managing Director, Ms. Junko Imanishi from AISF and other personalities concerned with AISF programs and activities. All of them have supported AISF and SGRA for these 20 years.
Ex-Prime Minister, Yasuhiro Nakasone also joined our celebration despite his busy schedule.

Blue, the color motif of the occasion was very evident in the attire of the guests. Blue is the color of the sea. The sea is an essential part and resource of the world.
Like the sea, the "Raccoons" have become active in the world, with 240 of them having been organized during the past 20 years. They continue to increase in numbers, with the continued support of AISF and SGRA.

At the entrance of Kazan Kaikan more than 120 books, SGRA Reports which have been published during these 20 years and books of collected essays of SGRA Kawaraban were exhibited. These materials are in the "Raccoon Library" which was established by the Raccoons commemorating this 20th anniversary of AISF.

The celebration program started with the welcome remarks by Ms. Itsuko Atsumi, Executive Director of AISF. She talked about the past, the present and the future of AISF and conveyed her heartfelt thanks and welcome to the participants. Mr. Yasushi Akashi proposed a toast. He has supported AISF as a councilor for a long time and was the chairman of the last Asia Future Conference in Bali.

Ms. Teiko Maehashi, a friend of Ms. Itsuko Atsumi, was invited as a special guest. She is a world-famous violinist representing Japan and was awarded the Medal with Purple Ribbon in the Spring of 2011. Her gracefulness and mellowness have fascinated her audiences. She uses a world famous Guarneri, which was crafted in 1736. Timbre of 300 years ago, together with the piano accompaniment by Mr. Kazumasa Matsumoto enthralled us very much.

As a finale of the program, a Web video about 20 years memory of AISF (prepared by Dr. Park Hyunjung, 2012 Raccoon) was shown. We looked back the course of 20 years history of AISF.

The closing address was given by Ms. Junko Imanishi and she narrated the growth of AISF starting from Atsumi Scholarship Foundation to SGRA and the Asia Future Conference, and explained also the difficulty and importance of cultivating human resources.
The celebration ended in a friendly atmosphere and some participants who were reluctant to leave went to another place for after-party activities. 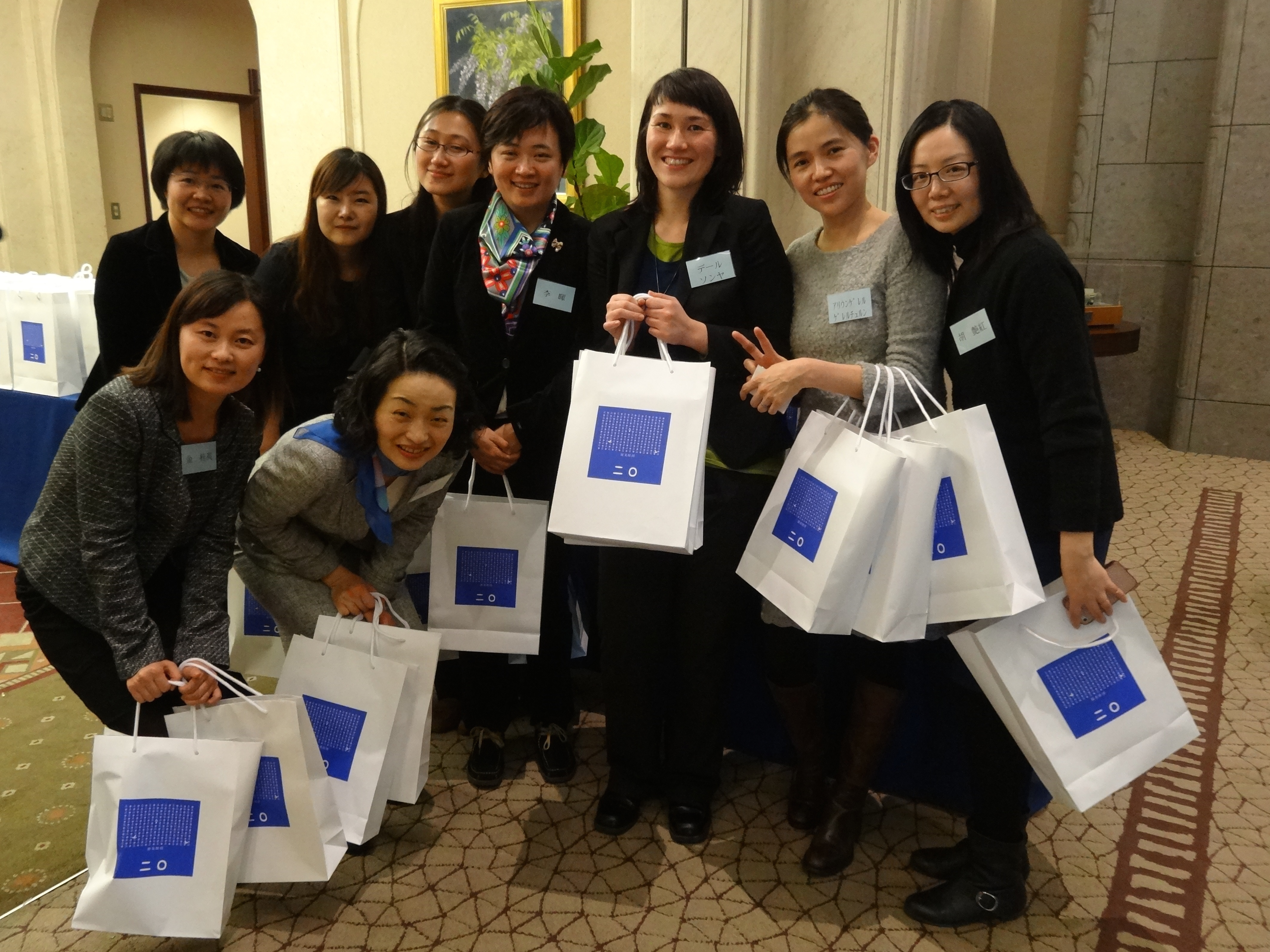