Raccoon-Kai in Beijing was held on November 23, 2014. Since our SGRA China Forum would be opened in the afternoon, we gathered at 10:00 am at Starbucks near Tsinghua University and later moved to the Japanese restaurant "ISSIN". Altogether seven members gathered: Mrs. J Imanishi, Ms. Jiang Huling (01 Raccoon), Ms. Park Jungran (05 Raccoon), Mr. Li Chengri (06 Raccoon), Mr. Song Gang (08 Raccoon) and Mr. HaoLian (13 Raccoon) and his wife. Unfortunately, Mr. Lin Shaoyang (03 Raccoon) and Ms. Miyuki Ota (secretariat) could not join due to preparation works for the Forum and Mr. Xie Pu (13 Raccoon) also could not join due to an activity of the university.

Because of the typhoon the previous day, the weather was so cold, although the sky above was blue. It was unnecessary for us to worry about PM2.5. We spent a relaxing time, far from our usual busy days. Over coffee and tea at Starbucks we talked about many things, like environmental issues, APEC etc., in which all of us were interested. . From Starbucks we moved to Mr. Park's favorite Japanese restaurant "ISSIN" after taking commemorative photos.

Ms. Jiang joined in the middle of the conversation and it stimulated our talks more.

For the purpose of interchanging ideas between the Raccoon in Beijing and Tianjin, we established "Jing Jin Area Raccoon Kai" using communication software. "Wei Xin". So far nine members have already registered in the organization. I hope more members would join.. 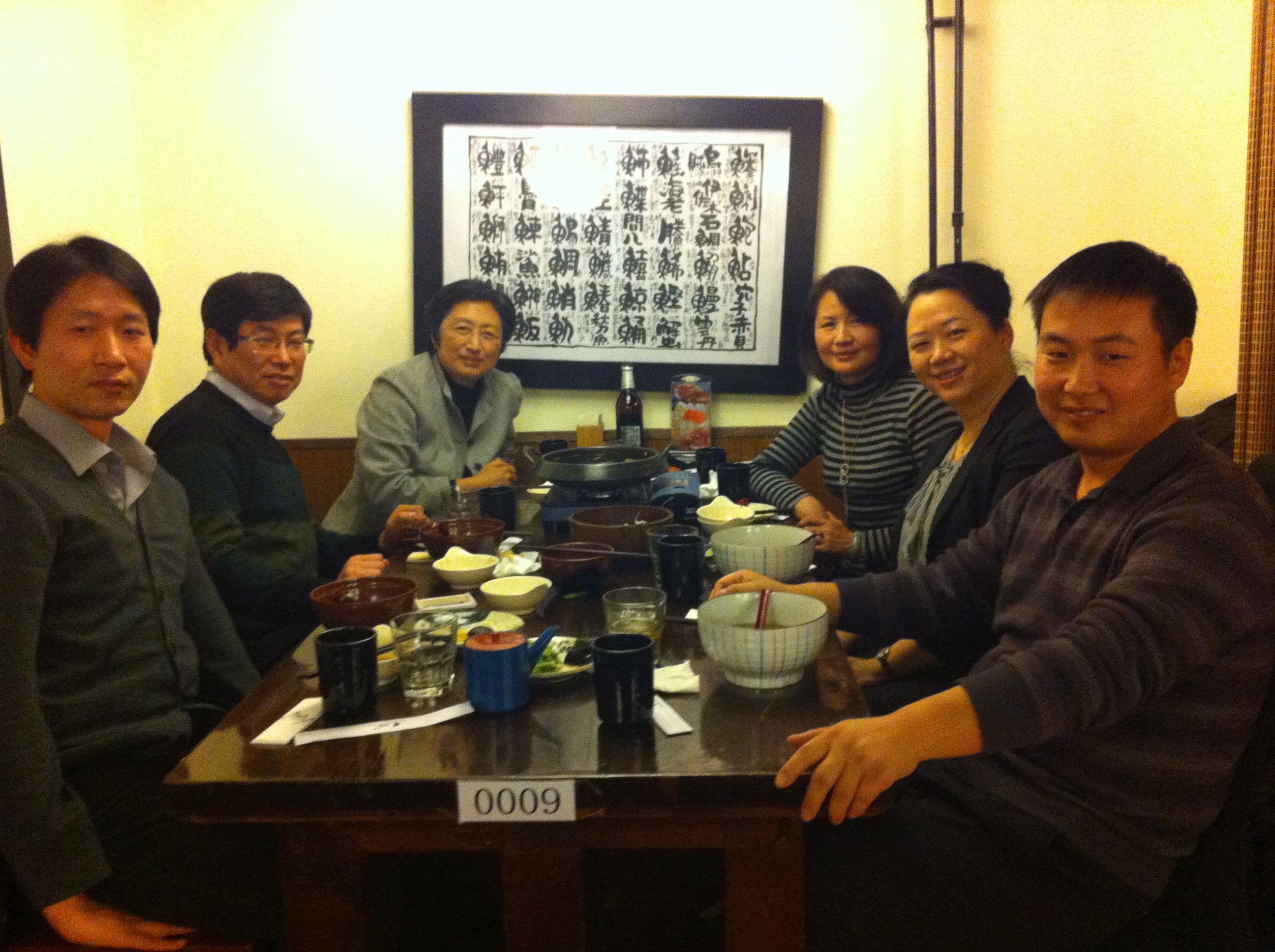