On February 14, 2014, the party commemorating the 20th Anniversary of Atsumi International Foundation (AISF) was held at the HOAM Faculty House in Seoul National University, Korea. In attendance at the celebration were officers of the Foundation Ms. Itsuko Atsumi, Executive Director, Ms. Junko Imanishi, Managing Director, Mr. Tadahiro Shimazu, Secretary General, and Ms. Keiko Isii, a staff member. Professor Lee Jin-Kyu, Managing Director of the Center for Future Human Resources Studies was invited as the guest. Unfortunately, some members of the Korea Society of Raccoon (KSR) could not attend due to urgent businesses.

It is propitious that this milestone in the life of the AISF was celebrated on February 14, St. Valentinen's Day, Friday, and the First Full Moon Festival Day (It was full moon on January 15 on the Lunar Calendar). People hold many customs or traditions, like exorcising misfortune and praying for a bountiful harvest. At the anniversary party, "Namul" (Korean traditional dishe) and "Five Grains" were served as special menu of the day. "Prom" (walnuts or peanuts) which are said to build up skins and teeth were prepared as presents for the guests.

On the day of the anniversary, it snowed heavily in Tokyo and the Kanto area of Japan, but here in Seoul, we had a fine weather and a full moon. Everybody took an oath for this year and wished continued success of the AISF.

The party started with an opening remark by the KSR President, Dr. Kim Woong-Hee. After the welcome greetings by Mrs. Imanishi and the congratulatory speech by Dr. Lee Jin-Kyu, Dr. Lee Nae-Chan, the first President of KSR, introduced KSR under the title "Respond! the 20th Anniversary of AISF and the 10th Anniversary of KSR" and reported about the history of AISF. We could follow 20 years of AISF by looking and studying the collection of photos since its foundation. After a toast by Mrs. Atsumi, AISF Executive Director, we started dinner.

We enjoyed listening to the performance with the Gayageum (Korean traditional instruments), and the presentation of the updates by the KSR members. We also enjoyed listening to the musical number performed with the guitar and bass by Mr. Kim's son and his friend. They rendered melodious numbers to the great delight of the party. Mr. Shimazu, who will retire from the Foundation at the end of fiscal year 2014 delivered his farewell speech. He has been always very supportive of the Foundation's scholarship recipients who will surely miss him.

As the Chief Secretary that prepared this commemoration program, I am very grateful for the whole-hearted support given by the past and current presidents and other members of KSR, who greatly contributed to the success of this event.

Dr. Nam Ki-Jeong, in his closing address, declared, "I can divide my life into two parts: one is a life with AISF and the other is a life without AISF." He said that on the 30th anniversary of AISF, ten years from now his life would still consist of the same two parts. He also said that he looks forward to attending that 30th anniversary party. I think all the KSR members feel the same way.

Starting from this 20th anniversary in Seoul, it is already decided that the AISF 20th anniversaries would be celebrated in China and Japan, respectively. In Seoul, the anniversary fell on the Lunar First Full Moon Festival day and we enjoyed the traditional Korean atmosphere. I hope we would be able to enjoy the distinctive features of Shanghai and Tokyo during their planned anniversaries in these cities. 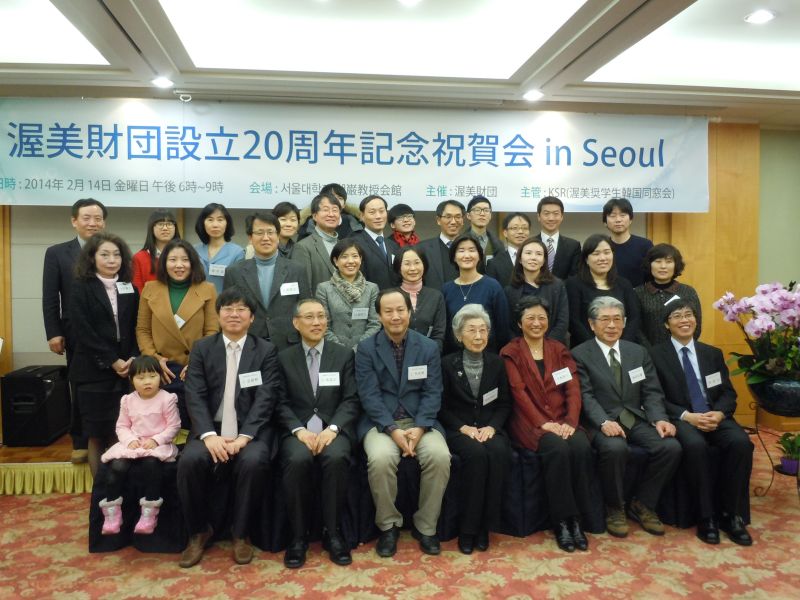