The Korean Society of Raccoons (KSR) held a RaccoonKai on April 27, 2013 at the "Nuijo" restaurant in Jongno district Insa dong Seoul. The venue is a restaurant that specializes in arranging traditional Korean cuisine with medicinal herbs. I found out later that the restaurant's name "Nuijo" is that of the first wife of the Chinese Emperor Reizei, who invented and taught people silk worm breeding. It is said that during the Chosen Era, the queen built a silk-breeding room in a pavilliion of Changdeokgung Palace, and held the silk worm ceremony to worship the silk worm god.

This time, the following eight were gathered: Atsumi Foundation Managing Director Junko Imanishi, Kim Woong-Hee (KSR Chairman, '96 Raccoon), Nam Kijeong ('96 Raccoon), Hong Kyung-jin ('99 Raccoon), Park Young-June ('02 Raccoon), Kim縲?Hyeon-Wook ('03 Raccoon), Lee Eun-Gyong ('07 Raccoon), Kim Kyong-Tae ('10), and Han Kyoung-Ja (KSR Aide de Camp, '05 Raccoon) It has been about a year and a half since the last RaccoonKai, and I was happy to see people after such a long time, but I am bit concerned about a visible tendency to have the same faces in the gatherings.

On that day, there was reminiscing about the Asia Future Conference (AFC) held in Bangkok on March this year (strangely, there was somebody who did not know about the holding of AFC), and there was eager talk of joining the Second AFc to be held in Bali on August next year.

The menu was medicinal herb cuisines, which were mostly root and leaf vegetables. The boiled and seasoned fish was called "Mero" but everyone wondered what language that was. It is considered as a high class fish in Korea, where it is served as grilled fish in Japanese restaurants, among others. Checking it out, it appears to go by the name of Patagonian Tooth Fish. It is a type of grouper, and is called "mero" in the northern part of Chile. In Japan, it is called "gin mutsu" (silver Japanese bluefish).

Next year, 2014, is going to be Atsumi Foundation's 20th Anniversary. KSR is also going to hold its 20th anniversary in Seoul. I am of the 11th batch, so there should be about the same number of predecessors and successors. It's unfortunate that I could not meet those who do not stay near Seoul or those who are new to the group, but I really am looking forward to your participation in next year's anniversary meeting. Those who participated in this RaccoonKai are all now members of the preparation committee, so we will be thinking of ways as to how to make the anniversary meeting an enjoyable and meaningful one.

The previous chairman Lee Nae-Chan proposed the used of the Facebook to communicated with each other, and has kindly set up the KSR account, but this has not been actively used. We really would want you to join the group. 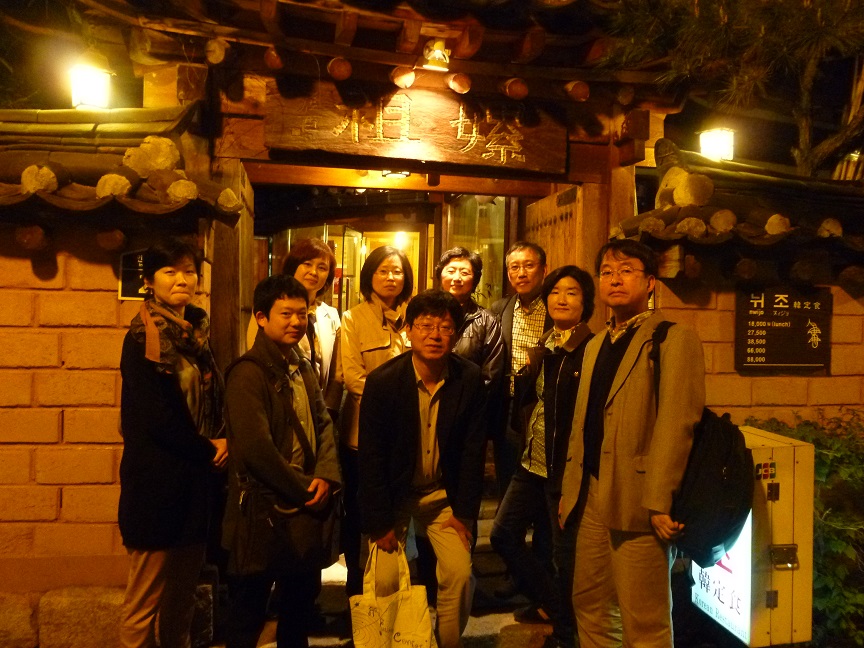