On Tuesday May 21st, a 2013, a Beijing Raccoonkai was held at a restaurant near the Beijing Foreign Studies University, which was recommended by Jin Xi (1995 Raccoon). In addition to Piao Zhenji (2003 Raccoon), Li Chengri (2006 Raccoon), Song Gang (2008 Raccoon) and Lim Chuan-Ｔiong (2000 Raccoon) who was visiting Beijing then, there were Mr. Miyazaki Yukio, the speaker of SGRA China Forum on the following day, as well as several scholars who participated in the Asia Future Conference held in Bangkok last March. Everybody enjoyed Beijing cuisine as well as discussing hot topics. 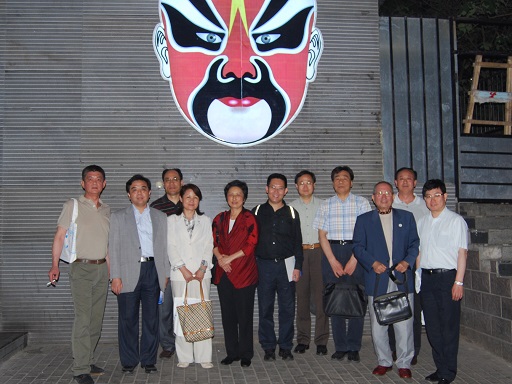