Right after China's most traditional festival in February 11, 2012, we had a Raccoon Kai in Shanghai, together with the planning of the first Asia Future Conference to be held on March 2013. There were a total of nine persons participating: Atsumi Foundation's Imanishi-san, six Raccoons (Wang Yuepeng [1997 Raccoon], Fan Jianting [2001 Raccoon], Hou Yankun [1999 Raccoon from Hong Kong], Lin Shaoyang [2003 Raccoon from Hong Kong], Peng Hao [2011 Raccoon from Tokyo] and myself [Zhao Changxiang, 2005 Raccoon]), as well as two professors of the Center for Japanese Studies, Fudan University.

The restaurant is near the Shanghai University of Finance and Economics. The food was rather ordinary, consisting of a wide mix of Chinese dishes. The private room for the dinner meeting was not large, but the ambiance was extremely relaxing.

Despite the fact that it was the first meeting for many, being fellow Raccoon Kai members, with the toasting of beers, we were all having a pleasant chat on various topics so much so that the food was slow in disappearing.

First of all, Wang-san has been assigned to the Shanghai Jong Tong University Xinhua Hospital Vascular Department. He obtained his medical doctoral degree from The University of Tokyo, after which became a fellow at Harvard University, and lived in Boston for nine years. Currently, the wife is staying in Boston with their child, but will be returning to Shanghai once their child has been formally admitted to the university. Hou-san (1999 Raccoon), who is working with UBS (Hong Kong) briefed us on the UBS China Investment Bank Sector‘s situation for 2011.

I found out that Imanishi-san was on a very hard schedule: going to Hong Kong after the dinner meeting; having a planning meeting the next day in Guangzhou for a children camp; and returning to Japan after that.

The talk about the children camp led to the topic of education. Based on her own experience, Imanishi-san explained that it was extremely difficult to find the middle ground in children camps due to the differences in education customs of Asian countries. Clearly, there was a richer variety in Asia than in Euro-American countries.

The topic naturally shifted from child education to university education. It was pointed out that there was something strange with the employment scheme of Japanese firms, for Japan to have spring admissions while most Asian countries and Euro-American countries have autumn admissions. On the other hand, there was also the opinion that this was proof of Asia’s diversity.

The topic moved from education to Japan’s history. Lin-san explained his research, and talked about his opinion as to why Japan in the Meiji Era developed so much.

Half of us were talking about education, while the other half somehow got to talking about Japan's yakuza and snack bars. In particular, Fan-san had a part-time job during his first five years of stay in Japan at a snack bar. It seems that Fan-san actually got to study in Japan through his elder brother who had a yakuza acquaintance in Japan. Through his 5-year part time job experience he was able to meet various people, and had many behind-the-scene stories to tell about Japanese society. The conclusion at the end was that the yakuza is scary.

Before long, it was nearly 10pm in the evening. We concluded the dinner meeting on a hot note, after Imanishi-san distributed the 2013 AFC poster and the Chinese version of the SGRA pamphlet.

After that, five of us (Imanishi, Fan, Lin, Hou and myself) moved to the Hotel Lobby, where we did some light planning. Basically, the three (Imanishi, Fan and myself) discussed various problems such as the selection of the keynote speakers for the social science symposium, the deadline extension of the paper abstracts, and simultaneous translation. 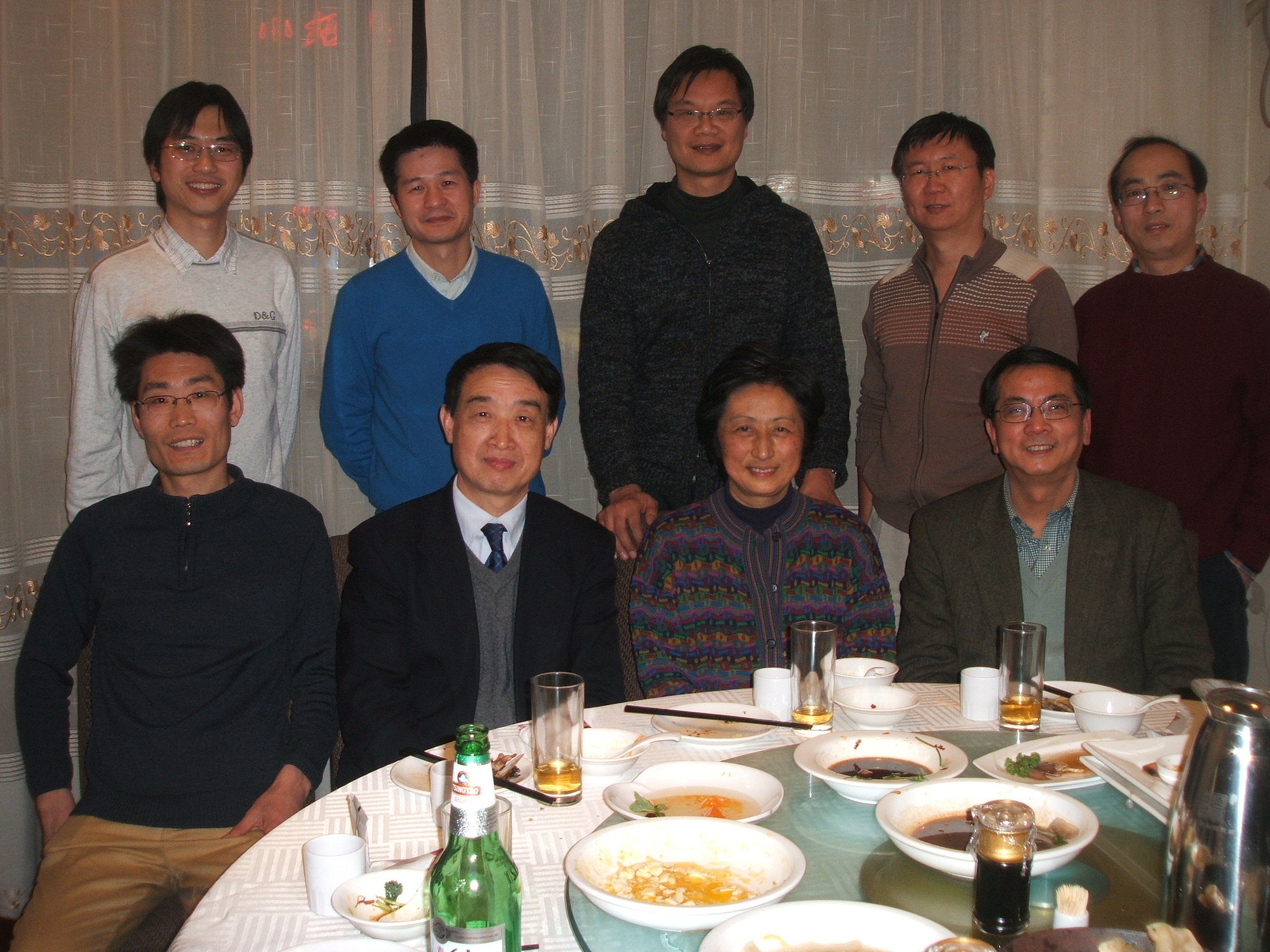