The Korea Society of Raccoons (KSR) dinner started from 6 pm of January 8, 2012 at the Bistro-Seoul Morac in Seoul. The bistro serves traditional Korean cuisine, and has become a regular venue for KSR. We were beginning to get fed up with this restaurant, and we actually dug up a new fashionable place. Unfortunately, it was closed on Sundays. We will just have to wait till the next time.

Right before the KSR dinner, there was actually something that made me feel the years. Due to my misunderstanding, I announced a month ago that this meeting would be held on Saturday. It was such a huge blunder. Imanishi-san brought this matter to my attention, and I immediately made the correction, four days before the event. Nevertheless, having a lot of people joining was a big relief. Incidentally, recently in Korea, people who show such symptoms are called "Sue Sick" patients. It is based on a drama "1000 Days Promise" portraying the love story of the thirty-year old main character named "Sue", who was afflicted with Alzheimer's disease. In my 30's, I would say "Oops!", as I quickly become aware of the mistake. Entering my 40's, I would be saying "huh???" in an almost slow-motion realization. It is worrisome that there are many such things which could not be passed of under the guise of being "busy"?

In the morning of the day the KSR dinner was going to be held, there was news of a cocktail bombing of the Japanese embassy. "Why today!?" I was a bit worried because Imanishi-san's hotel was right in front of the embassy. When we met at the appointed time, it was as if nothing happened. It seems that Imanishi-san even took a picture of the "little girl statue" (which was erected in front of the Japanese embassy as a symbol of the comfort women problem). It was covered under a lot of clothing, apparently to protect it from the cold, so it was difficult to make out the statue.

There was talk of actively participating by forming sessions for various fields, in the First Asia Future Conference to be held on March 2012. Guidelines have already been passed out, and the theme is about "Regional Cooperation in Asia". Let's meet once more in Shanghai!

It was quite abrupt, but there was also talk about changing the chairman of the KSR. Nam-san (96 Raccoon), who has served as chairman for two years, has been replaced by Kim Woong-Hee-san (96 Raccoon). Nam-san, thank you very much for your hard work! We hope for your continued support. We also ask this of the new chairman, Kim Woong Hee-san. I remain as "de-camp", taking the "aide" out of "aide-de-camp", since I remain "in camping" until the right time to relinquish my duties presents itself.

I would like to wish everyone a healthy and merry new year! 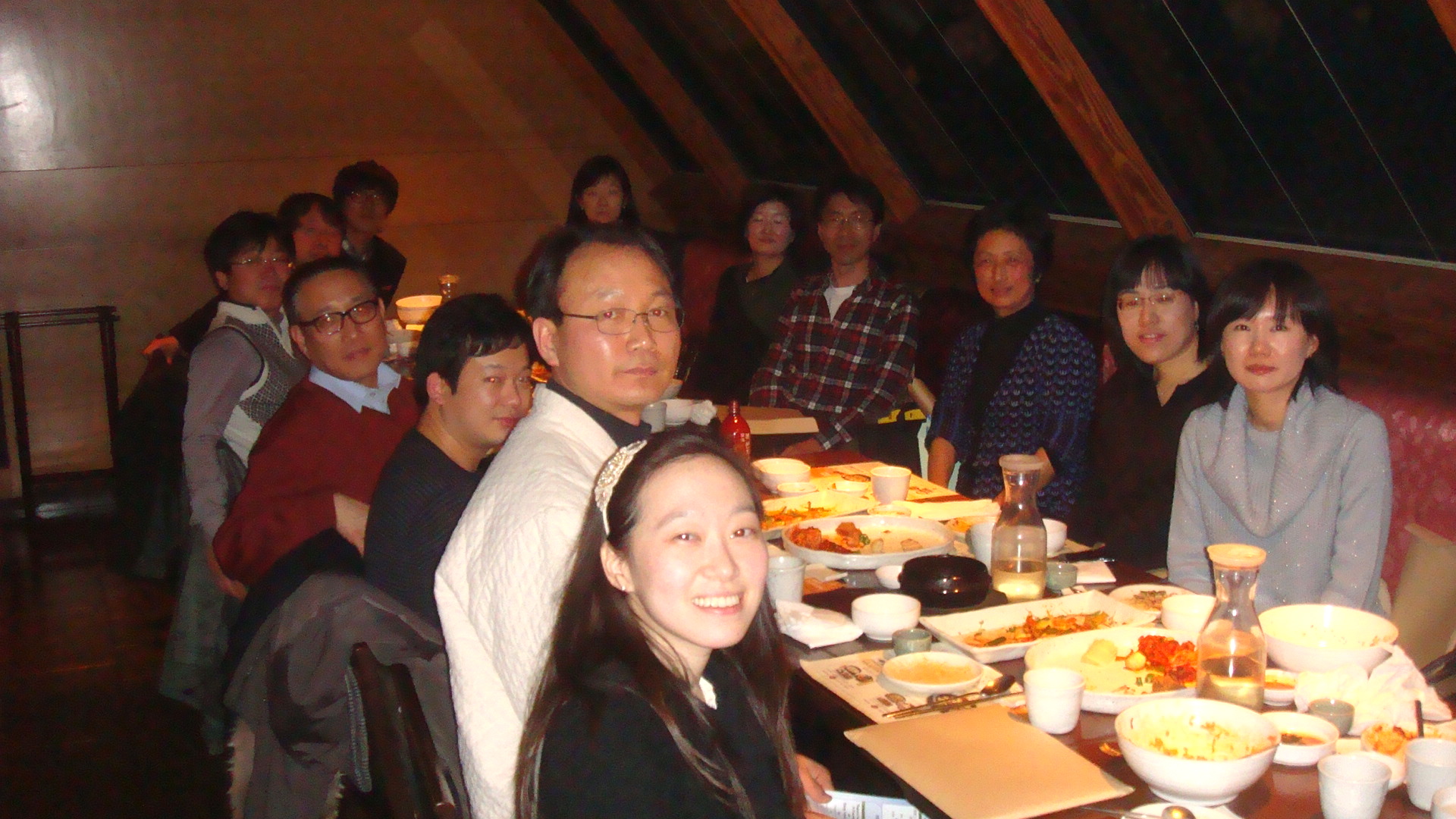