The trip to Tateshina for Fiscal Year 2011 was held by the Atsumi International Foundation from July 1st to 3rd. I think that one of the objectives of this trip is for us graduate students, who ordinarily lack time and peace of mind, to fully enjoy the comfortable breeze and greenery of nature.

A little past 9, the Chino Tour Bus headed towards Tateshina with the 40 participants on board. During the trip, Jeon Jin Hwan senpai (2001 Raccoon) took charge of activities. We had a cheerful and wonderful talk, and before we knew it, we had already arrived at Suwa.

The participants had lunch at Suwa Glass Village. At the Kitazawa Museum, we had time to appreciate the glass art works of representative artists such as Galle. From there, we headed towards the Suwa Taisha, which is one of the oldest shrines of Japan. We toured various rare architectures such as the Shikyaku Mon, which was constructed on donation from Tokugawa Ieyasu.

At around 5 PM, the bus arrived at the Tateshina Kougen Cheruto No Mori, and the participants squealed in delight at the cool air, which was a far cry from hot Tokyo. Our lodging was at the Taiko Villa -- a pleasant place surrounded in pure greenery with its refreshing breeze and insect sounds.

After supper, we had an orientation, where we got an explanation about Cheruto's forest and mountain range (Yatsugatake). There seems to be several origins for the name Yatsugatake. One origin is that "yatsu" just like in the word "yaoya" means "many" referring to the mountain's multi-peak profile. Another origin is from the word "yato" (meaning shallow valleys made from erosion of hills), referring to its shape formed from several valleys. Or, simply there are eight peaks.

After the orientation, the participants introduced themselves to each other. I was enlivened and emboldened by hearing about the activities of the senpais in various fields, including the first batch of 17 years ago. People gathered in the laboratory come form various countries, but through the common language of Nihongo, we were able pleasantly laugh together.
On July 2nd, the 41st SGRA Forum in Tateshina was held, with presentations under the theme of East Asia Community: Present Situation and Prospects. The details will be provided by someone else, but discussions on the topic were insightful.

After the forum on the same day, a get-together was held. It was a big and lively group formed by senpais, OBs, and the 2011 Fiscal Year scholarship recipients. I was able to connect unexpectedly with some folks, and was able to spend time in a very significant way. It began to rain in the evening, but thanks to the organizer's decision to go on despite the rain, the fireworks were lit up again after three years, to everyone's enjoyment.

July 3rd was barbecue party day, and Tateshina had great weather with blue skies. I headed a bit early to Cheruto Mori Lodge as several countries prepared their best dishes. Japan's oden, the Korean team's Japchae and Jeon, the Chinese team's boiled gyouza and dumplings, and Mongolian mutton barbecue were all gone in a flash! Lastly, we greatly enjoyed professional barbecue. On the way home, we passed by Jiyu Noen (Freedom Farm), where a lot of locally grown fresh vegetables were on display. People were treating themselves by buying juice.

I would like to express my heartfelt thanks to everyone who planned this wonderful activity.

(by Nahiya, translated by M.Maquito) 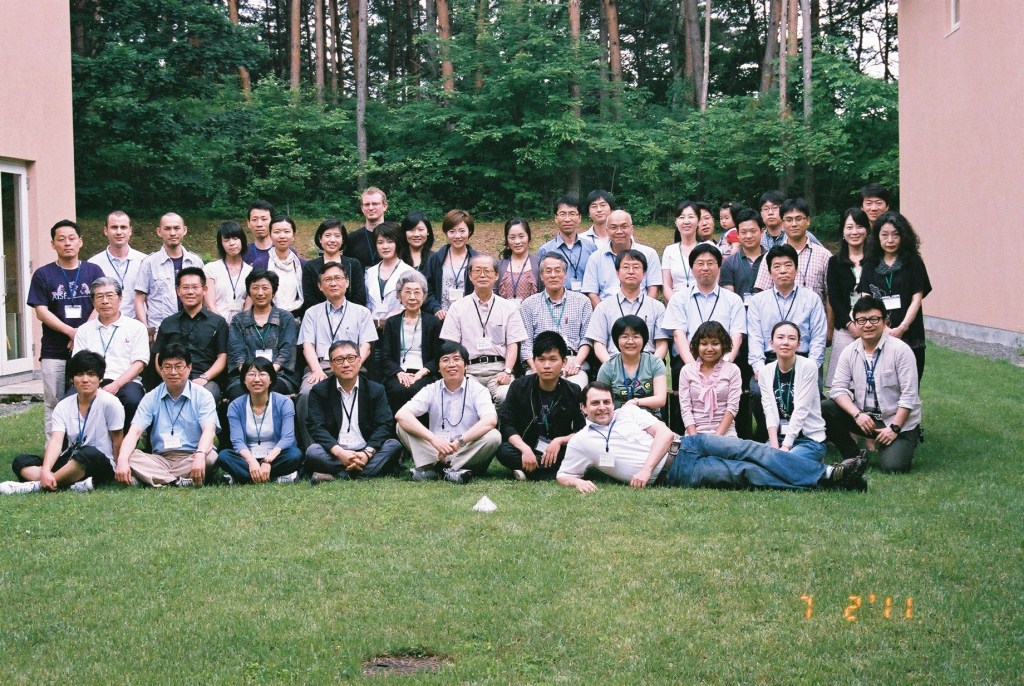