On September 25, 2010 from six in the evening, a Korean Raccoon Kai (KSR) was held at the Bistro Seoul Morac in Gwanghwamun, Jongno-gu in Seoul. It is a restaurant of fusion Korean cuisine, and is the same restaurant where the Korean Raccoon Kai was held in April of last year. Recently I have not visited a restaurant in Gangbuk-gu, especially one that specializes in Korean cuisine, and so I have ran out of options. I will make some explorations for next time.

There were also new members, so in order to have a lot more members getting together, the talk came to coming up good ideas.

These past few years, New Year (Lunar Calendar) and the Chuseok holidays ran for three days each, and by some continuous stroke of bad luck (?) it would overlap with weekends, but this time we were able to have the longest break of nine days. The breaks for the New Year and Chuseok were the days themselves (January 1 and August 15 of the Lunar Calendar), and the days before and after. This year, New Year was on February 14, Sunday, so the Friday before and the Monday after were holidays. Actually, the only additional holiday was the Monday. But, Chuseok was on the 22nd, Wednesday, so the Tuesday before and Thursday after were holidays. Monday and Friday were in a state of limbo. Moreover, the regular going-home bus being managed by the student union left on the Saturday of the previous week so in fact there were no classes on Monday and Friday. On the plea that Friday "was not a red day" I went on and held my classes, but was surprised that the university was so quiet that day. The only ones who had classes were myself and foreign teachers. It seemed that there was no other place for them to go to do something else so they just came to the university. I feel sorry for the students that showed up for the sake of an insensitive teacher, but I am also full of gratitude.

(Depending on the person) the gold-like Chuseok holidays ended, and the news have been talking about the next holidays. Actually, there would be none any soon, at least until the next lunar New Year in February 2, 3, and 4. Gaecheonjeol, the National Foundation Day of Korea, will be on October 3rd, Sunday, December 25th, Christmas, would be a Saturday, and New Year, January 1st, would be a Saturday. It is a miserable situation with holidays falling on weekends. There is talk about the introduction of a transfer holiday system, but it seems that there it would be difficult since a lot against it. Even with transfer holidays, however, this would not matter much to researchers.

Changing the topic, Korea is now in the midst of mid-terms. A while ago I was surprized to find a poster in front of the elevator (This is extremely visible to a lot of students, who use the elevator rather than the stairs. Let's walk, students!). The poster said "We will be distributing dinner in front of the Student Hall from 9 to 9:30 tonight. Good luck in the exams! (Signed) xxx Student Union." It appears to be strange sense of unity or camaraderie. Students hear this! Teachers also have a hard time in coming up with the exam problems and checking, so please also provide teachers with dinner! 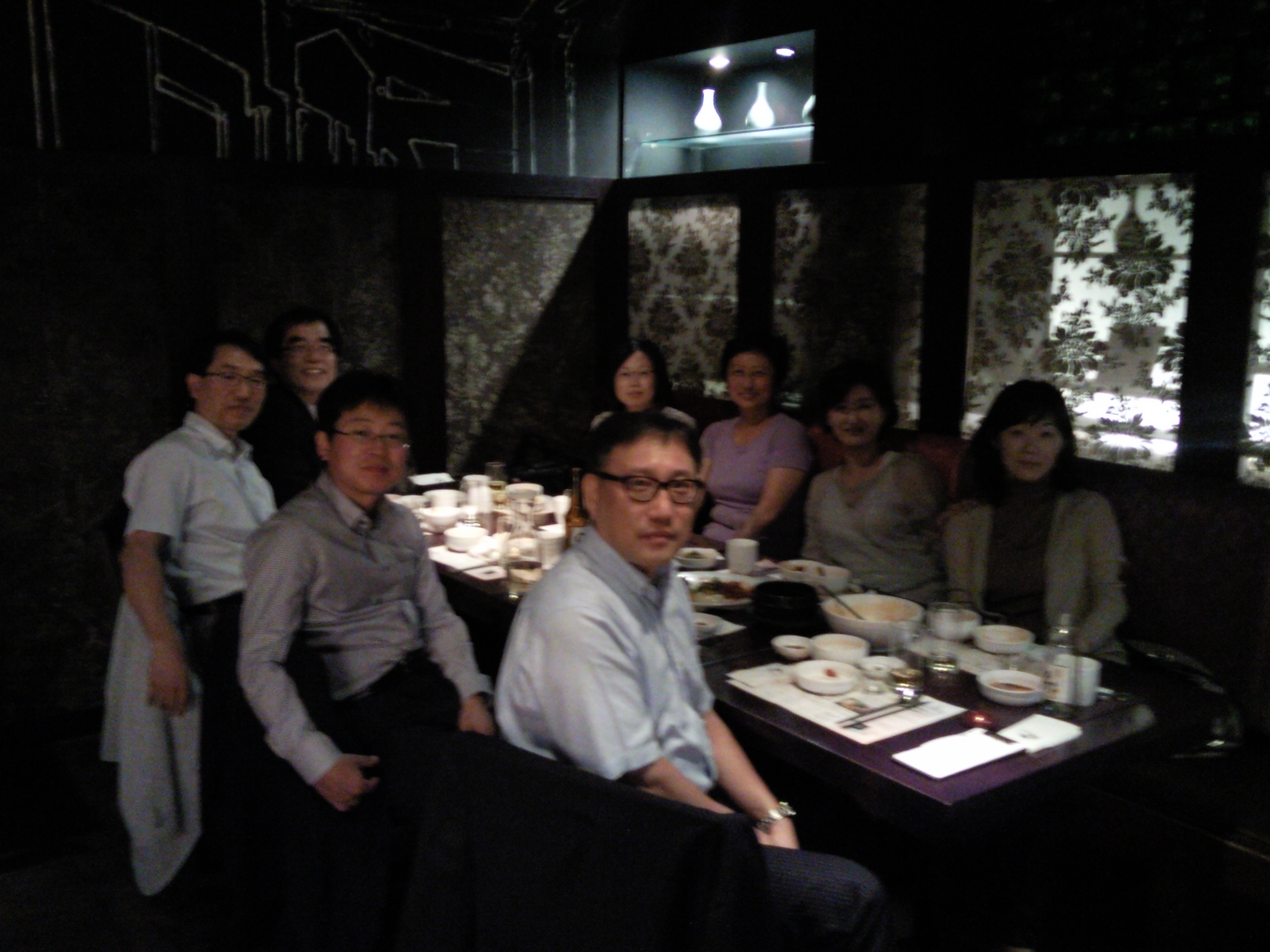