A China RaccoonKai was held at a restaurant called "South Beauty " in Zhong Guan Cun of Beijing, from six in the evening of September 14, 2010 (Tues). Looking at the name "South Beauty" most people would think that it is a refined Shanghai-style restaurant, but actually it is supposedly a famous restaurant of Sichuan cuisine. Last year`s RaccoonKai was also held at this place. Eating the "Flower of Tofu" which is one of the recommended dishes here, reminded me of the previous RaccoonKai.

Present this time were Takami Kunio, who is the Chief Secretariat of the Green Earth Network (GEN), Atsumi Foundation Managing Directress Imanishi Junko, Atsumi Foundation Secretariat Ishii Keiko, Jin Xi (1995 Raccoon), Sun Jianjun (2002 Raccoon), Piao Zhenji (2003 Raccoon), Liu Jian (2008 Raccoon), for a total of 7 persons. In last year's RaccoonKai, Song Gang was absent due to illness, and this year I could not meet as he was preparing for the SGRA forum to be held the next day.

GEN's Chief Secretariat Takami-sensei's contribution to the environmental protection has been rated highly, and he received the Friendship Prize from the Chinese government in 2001, and the Datong City Honorary Citizenship from the Datong City government in 2006. While enjoying delicious Sichuan cuisine, we listened to Takami-sensei`s stories, and learned a lot. We also heard interesting stories from Jin -san, Sun-san, and Park (Piao)-san about educating children.

The last time was also "South Beauty" so whenever we think about China RaccoonKai, the name "South Beauty" readily comes up. Actually, before this RaccoonKai, I searched online for various places to eat good food, but after considering everything, the choice was "South Beauty" We ordered the popular fares but there were also food that was different from last time. If we are to have the China RaccoonKai every year in the same place, maybe someone should do the honors of writing about the history of the South Beauty cuisine. 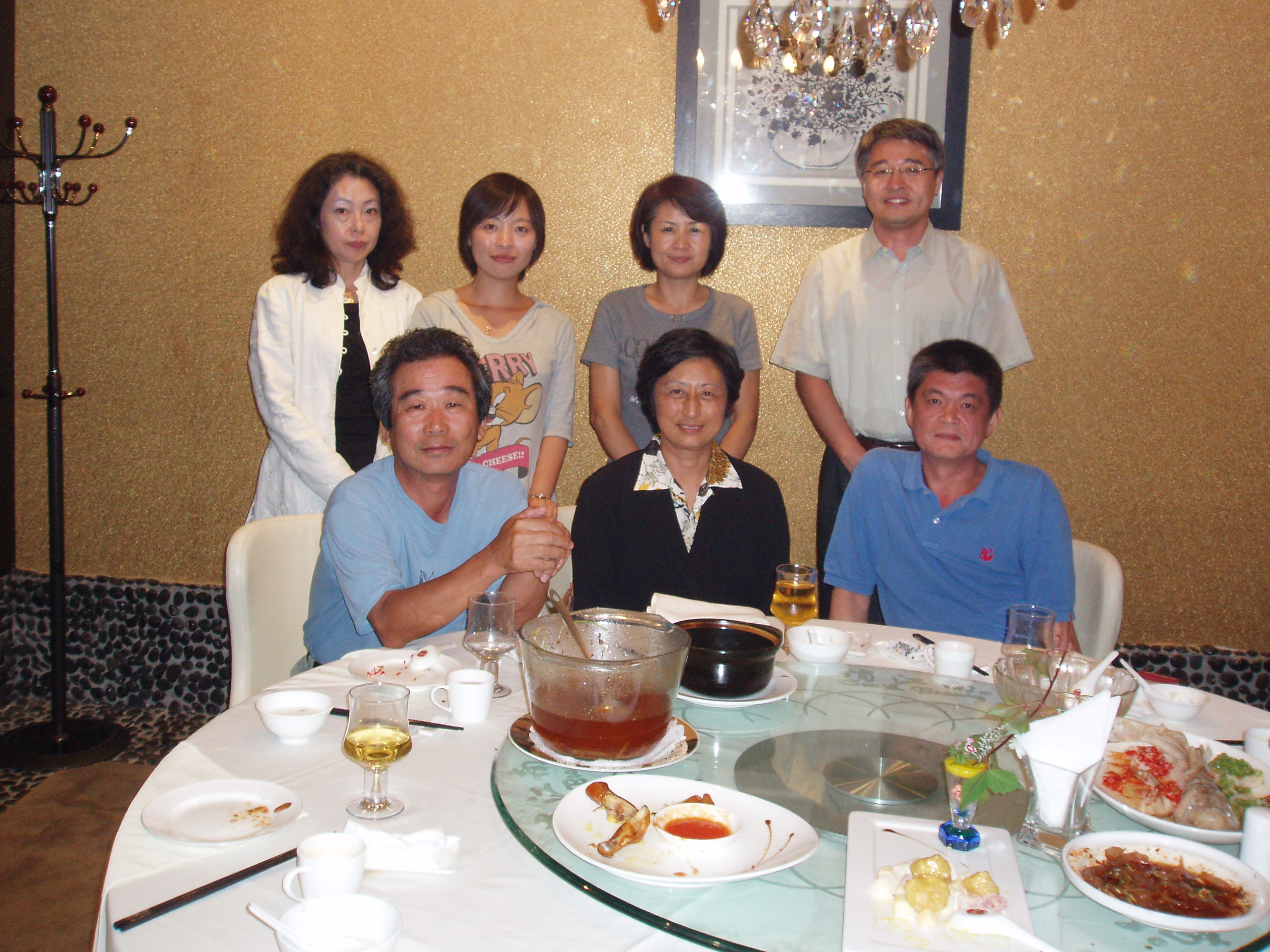