That day, everyone assembled at the Teleport station of Rinkai line, and moved to the Haneda General Administrative Office by a bus prepared for this purpose. After arriving, we were briefed by Shiino-san of Kajima Construction, Inc. through easily understandable power point and handouts. We then put on helmets, lifejackets, and gloves, and headed to the construction site by boat. Blessed with good weather, the scholarship recipients, who never thought of visiting the construction site of an airport runway, were very much excited. Everyone recorded through photos a first experience of their lives.

Tokyo International Airport appears to have already reached the limits of its ability, amidst projections of expanding air travel demand. The construction of D Runway as one re-expansion project is planned in order to increase the annual departures/arrivals ability from the current level of about 300,000 times to 407,000 times. Through such future measures as removing the limits on departure/arrival volume and the formation of a diverse runway network, efforts are being made to enhance the user benefit. Moreover, regular international flights could also be accommodated in the future, while ensuring a departure/arrival framework for domestic flight demand. This project is led by Kajima and participated in by 15 construction companies, which represent Japan’s construction industry.

The construction site exceeded our imaginations. Since in the conventional landfill structure the continuity of flow of the Tama River cannot be ensured, about 2/3 of the runway is landfill, and the remaining 1/3 is a pier-type structure, which considered the water flow at the mouth of Tama River. Integrating the different pre-planned structures of the landfill section, connecting section, and pier section, and the access guide sections, the structure is suppose to be the first in the world. It took two years for the design, after which, three years were spent, and supposedly 96% of the main project appears to have been completed. We were impressed at the splendid project, where a new runway was built on the sea from nothing but only with the wisdom of the concerned construction people, and at the materialization of a landing and taking off of airplanes on top of a gigantic pier. The newly-made Hanada Airport D Runway will have a total length of 3,120 meters, and runway length of 2,500 meters. It is supposed to have been design to handle the new commercial jet Airbus 380.

Suppressing our excitement, we waited for 30 minutes, after making one circle on sea around the D Runway, before we were finally able to set foot on D Runway. My biggest impressions were that the place was simply wide and big, and it was not too noisy. We were able to see here and there design and fabrication of new concepts and the latest technology. Moreover, in order to shorten the construction period, we were surprised that construction was being done on a 24 hour, 365 day system, while ensuring safety.

We were able to see a grand construction site that applied the world-class construction technology of Japan, and would like to express our heartfelt thanks to Atsumi Foundation and Kajima Construction. In particular, we would like to thank from our hearts the consideration made by Shiino-san of Kajima of as much as possible not walking around the site under the hot sun. It was a very rare opportunity.

After the visit, we all moved to Shinagawa by the Tokyu Keihin line, and had a cooling out meeting. It was unfortunate that schedules of the scholarship recipients led to few participants, but the discussions were lively and covered various topics from French bread to the future of Haneda Airport. It was a pleasant and fulfilling day.

Please look at the photos of the visit in the links below. 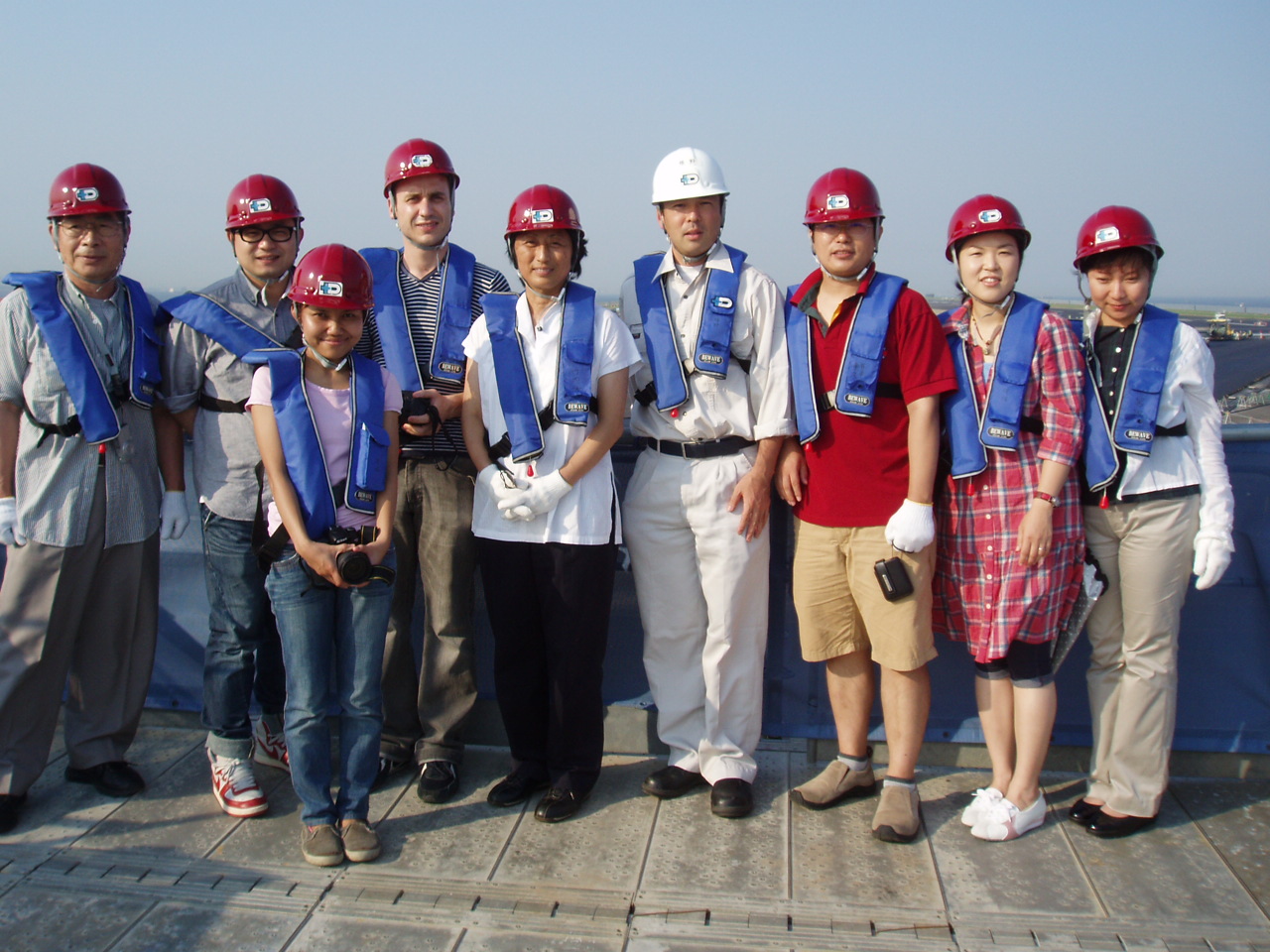