On the evening of October 10 (Friday) from 7 o'clock, Korean RaccoonKai (KSR) welcoming the new KSR chairman was held at a restaurant called Hansung Kalguksu, located beside the Gyeongbok Palace. The restaurant is somewhat known for its Korean style hand-made noodles, to be found upon crossing a pedestrian lane from the National Folk Museum entrance towards the Korean Traditional House Village in Pukchon (North Village, where President Lee Myung-bak used to live before his inauguration). It is also famous in Korea for being one of the rare stores where people line up. In Korea, there is little tendency to line up to eat (although, recently I have seen customers lining up in front of stores perhaps due to a limitation on visitors at Louis Vuitton). I have not seen people lined up in Seoul even for the famous Crispy Doughnuts (so I was very surprised to see the lines in Shinjuku several years ago). Well this might have just been because the taste was not really that impressive. Personally, I feel that pastries are tastier in Japan. Perhaps due to the humidity, there is a difference in terms of sponginess. But I think that when it comes to hamburgers, where sponginess is not needed, these are tastier in Korea.

However, due to the occasion being set up in the middle of the city on a Friday evening caused most people to be very late. My deepest apologies to those who arrived early. Since we were not making any headway, Imanishi-san and I had to get off our taxi and just walk to the restaurant. This, of course, was not something that the group which came in their own cars could do, and so they appeared to have fully enjoyed Seoul's traffic jam. We were all famished by the time everyone had come in, and as the gathering drew to a close, we realized that the time spent inside the cars was not too different from the time spent in the gathering. I guess we were all tired from the traffic. One lesson learned was to set up a meeting next time that would enable everyone to talk more leisurely with each other.

Anyway, it seems that by coincidence Imanishi-san was seated beside SMAP's Kimura Takuya. The fact that I felt no overflowing with jealousy upon hearing this was a palpable reminder of my being at an "un-seducible" age. One person said that "un-seducible" does not mean someone who is not seduced by something, but rather "there is nobody to tempt". I thought it was a bit too harsh but strangely I was somehow convinced.

The red autumn leaves increasing become vivid with the autumn wind. While I teach my students "to live while feeling the seasons", it seems that I personally cannot actually do so. I would like not to forget to feel the seasons and prosper.

The next day, an interview was held at the office of the Center for Future Human Resource Studies for the selection of 2010 Atsumi Scholars. Greetings of a job well done to the interviewing professors and Imanishi-san.

Till we meet again when the cherry blossoms are in full bloom.
(by Han Kyoungja, trans. By M. Maquito) 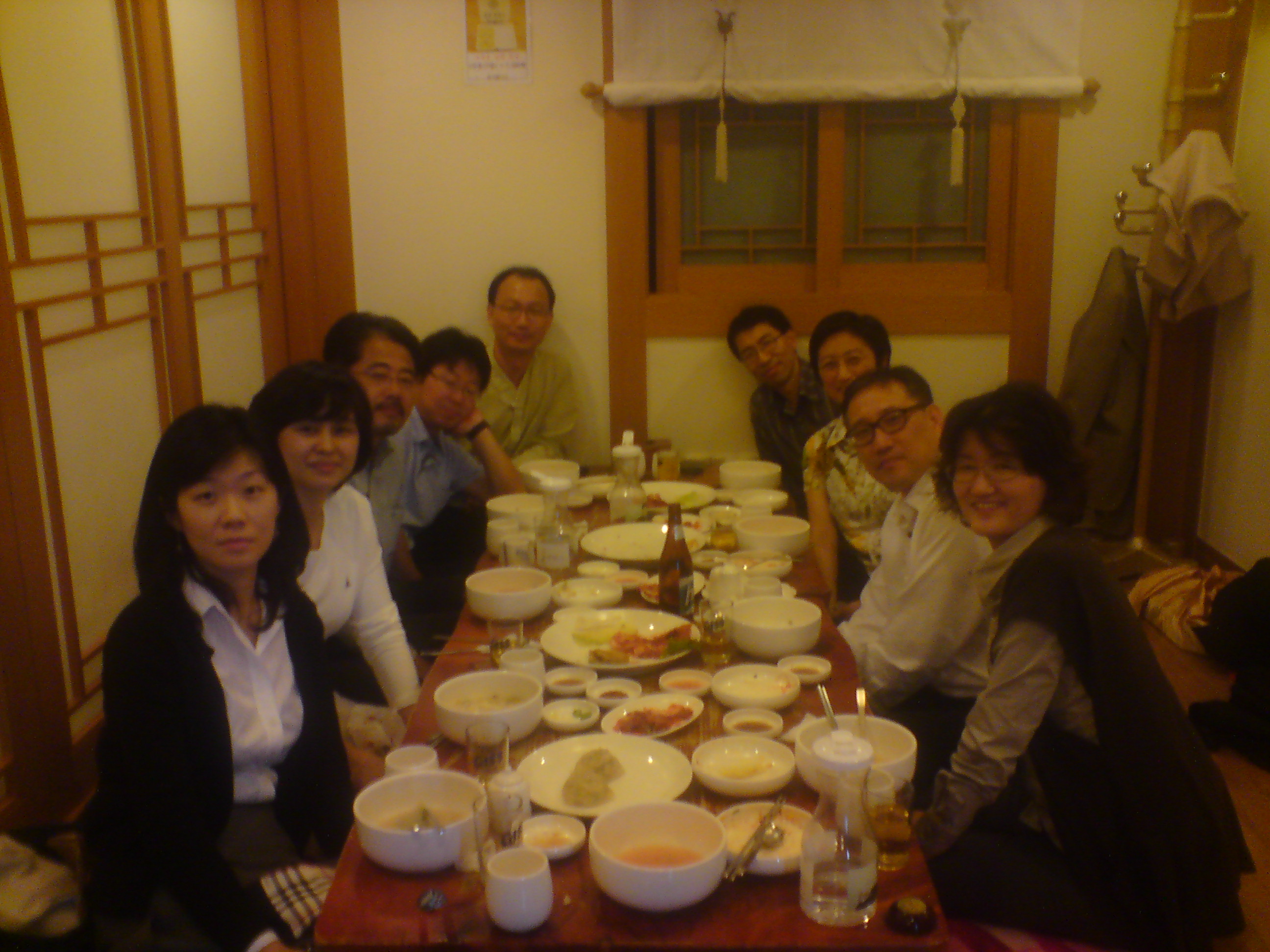