A RaccoonKai was held on September 15, 2009, the day before the 4th SGRA China Forum, at the Chinese Restaurant called South Beauty in Zhongguancun on a clear autumn day in Beijing. Seven were in the gathering, namely AISF Managing Directress Junko Imanishi, Mr. James Masaakira Kondo, who was the guest speaker in the forum, Dr. Li Enmin (1997 Raccoon), Dr. Sun Jianjun (2002 Raccoon), Dr. Pak Jonghi (2003 Raccoon), Ms. Liu Jian (2008 Raccoon), and Dr. Nemekhjargal (2008 Raccoon). Dr. Song Gang (2008 Raccoon), who was in-charge of this forum, was not able to join since he came down with a high fever, but he was in good health the next day, and was able to carry out his task.

Given the 60th anniversary of China’s foundation, the discussion centered on the National Foundation Day of China festivities (parade and other matters), but it ranged from the Urumqi needle piercing incident, Noriko Sakai’s drug problem, the change of ruling party in Japan, to the cultural difference found in Yose-gaki styles. In particular, Sun-san’s talk about the daily life in a Chinese university was interesting. Most of China’s universities are national, and just like the old state-owned firms, have a similar characteristic wherein universities are social units. It seems that a university is not only the academe and education of students, but also very much affects every day life in matters like the faculty’s residence and education of children of faculty members and office staff. It has been quite a while since everyone met, and everyone was able to spend a pleasant time, and was surprised at the size of the sweet dessert.

In the morning of the 16th, Ms. Keiko Ishii, SGRA Steering Committee Member, who arrived on an evening flight from Tokyo, joined us, and we went to take a look at the meeting room in Beijing Foreign Studies University campus, where the forum was to be held. It was a very pretty university, and the students were very lively. In particular, the Beijing Center for Japanese Studies, which was constructed through the help of the Japanese government, was a fabulous research center with classrooms, laboratories, and library all housed in a building, which fitted well the ambiance of the whole campus without sacrificing Japanese features.

The lunch of Jiangxi province style cuisine at Meilucun Restaurant became a mini-RaccoonKai during daytime. It was unfortunate, however, that we went against the meaning of the forum, since we actually over ordered not realizing that the dishes came in big sizes. The forum theme was to solve problems of metabolism in developed countries and hunger in underdeveloped countries at the same time. Please refer to SGRA report for more details. 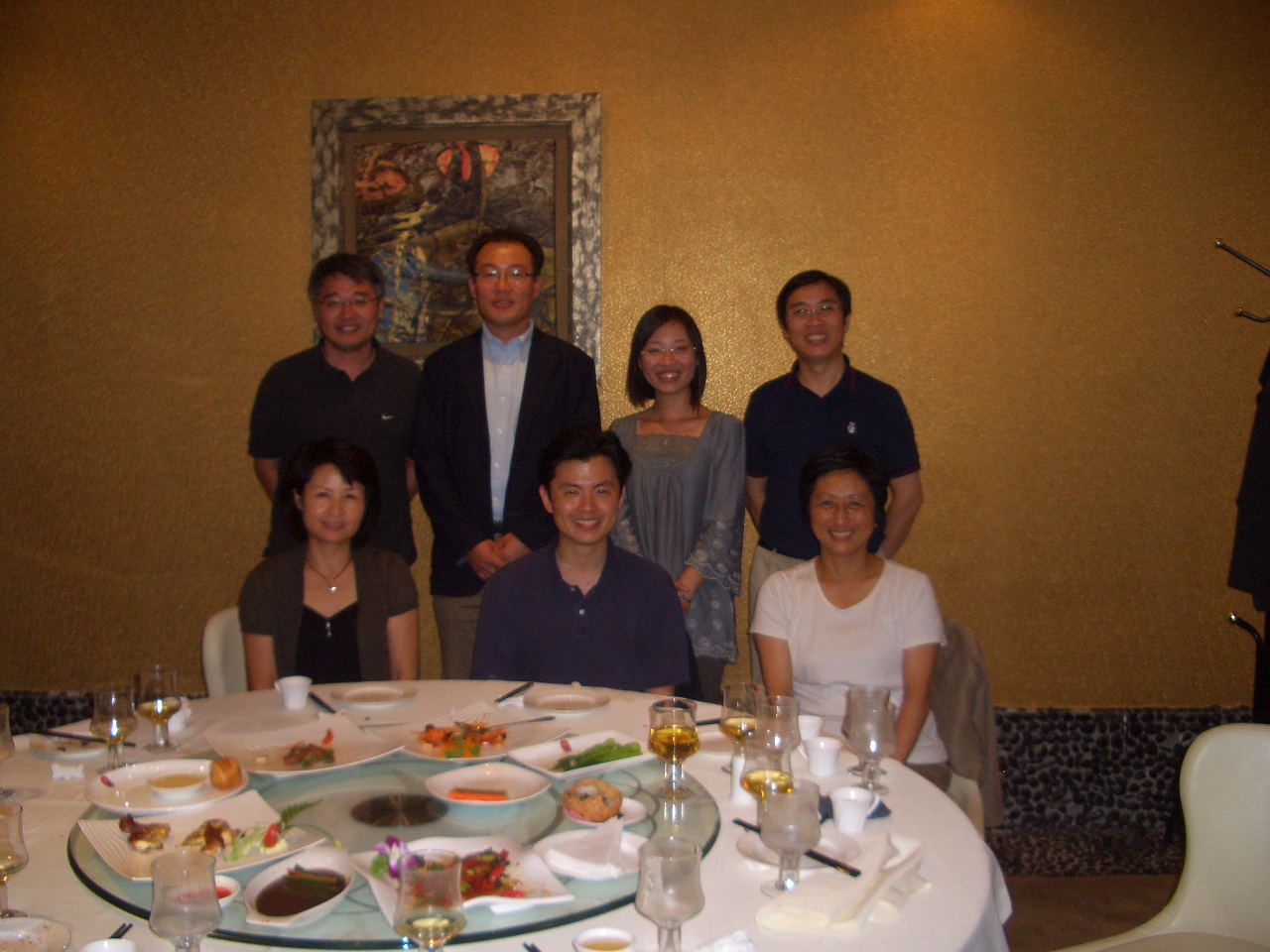