Visit to the Construction Site of the Haneda Airport Runway D

We visited the construction site of runway D of the Tokyo International Airport (Haneda Airport) on June 29, 2009. This activity was organized by the Atsumi International Scholarship Foundation as its monthly meeting for July for the benefit of said Foundation’s scholarship recipients. Participating in the visit were Managing Directress Junko Imanishi, Secretary General Tadahiro Shimazu, and us, the scholarship recipients for fiscal year 2009.

I would like to mention my feelings before the visit. I am a foreign student from Uzbekistan, which not only has no contact with the sea, but is a doubly landlocked state. In short, the countries contiguous to Uzbekistan also do not have seas. Accordingly, the sea itself is an amazing existence for Uzbekistan persons. What is more surprising to an Uzbekistani is that the constructions of a bridge or something like that over the sea. I have seen many structures in the sea in Japan, but I have not even actually seen a construction job of such structures, so I really would like to see one with my own eyes someday. Even before the holding of this visit, I have known of the construction of the Haneda Airport Runway D above the sea, so I was very much looking forward to the visit, thinking that it will be my only chance to look at the construction site of the runway.

The construction site exceeded my imagination. A 2,500 meter long runway was being constructed in Tokyo Bay where the depth reaches 20 meters. More specifically, the structure of the fourth runway of Haneda airport, runway D, mainly consists of a land-based section and a pier section. In order to prevent the sinking of the land-based section, a sand pile is driven in before land filling to strengthen the base. Even in the pier section, the piles are driven up to a depth of 70 meters below the sea floor to prevent sinking. Incidentally, the reason for the runway not being totally land-based and partly pier is not to disrupt the flow of the Tamagawa river running besides the airport. This is a measure worthy of being noted from the point of view of environment effects. The construction project costs 570 billion yen, and appears to be extremely rare even in Japan.

Even a person, for whom the magnitude of the above mentioned figure is lost, would easily comprehend the largeness of the scale of the construction once he actually goes to the construction site. Everything, except people, is extremely large that I am once again impressed with man’s fantastic creativity. According to the explanation, runway D is planned to start operating from October of next year (2010). Actually, at the time of our visit, the runway has already taken shape.

During the visit, the overall project leader of the joint venture, Mr. Ryuji Mineo gave words of greetings, and we, scholarship recipients, really felt warmly welcomed.

After the visit, everyone returned to Odaiba by bus and we had a dinner gathering in an elegant Thai food restaurant in Venus Port. The gathering was very lively with various topics. It was not only enjoyable but also fruitful as I was able to hear a lot of interesting stories.

The visit to the construction site made me think about various things. I honestly felt envious, looking at the people working on the site. D runway, as a result of current efforts, will be useful to many people for a long time hence. The efforts of those involved in the runway construction will be rated highly by future generations. It is really enviable.

The visit has become one of my important experiences. I thank the Atsumi International Scholarship Foundation and the Kajima Corporation. not only for being able to see at work the world-famous Japanese construction technology but also for being to spend an enjoyable day. 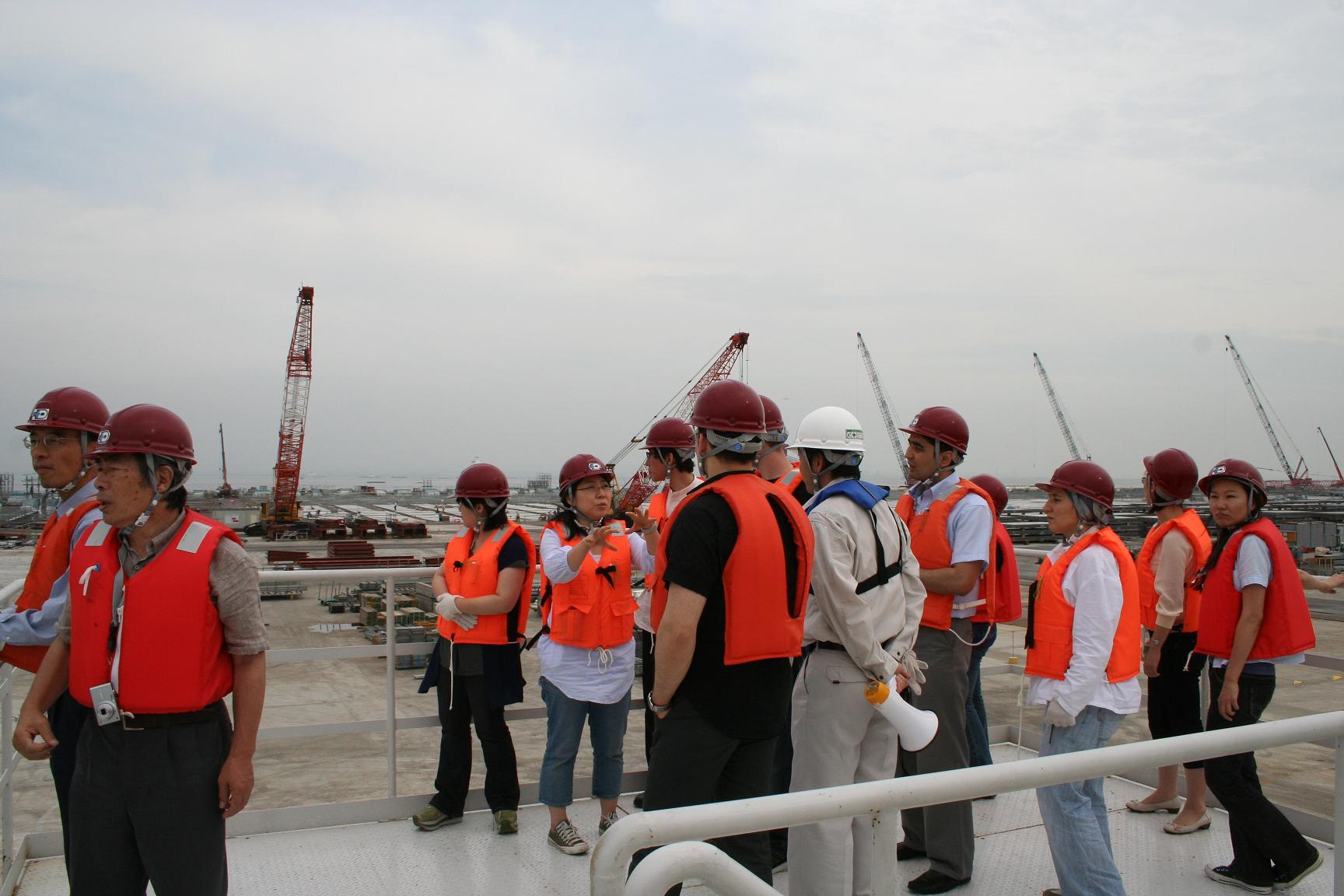