After a severe squall in April 4, 2009, a RaccoonKai was held in the Manna Thai Restaurant in the middle of Siam Paragon at the center of Bangkok City. There were six people attending consisting of Viravat Chantachote (1996 Raccoon), Laohaburanakit Kanokwan Katagiri Noi (1997 Raccoon), and Prachya Musikasinthorn (1999 Raccoon) with his wife Shuko and daughter Arisa, and Imanishi, who was visiting Bangkok after four years. It has been seven years since the three Raccoons have gotten together. It was perfectly natural that the liveliest topic was about the conflict between the yellow shirt group and the red shirt group. Actually, this day was one day before the start of a large turmoil. For more details please see SGRA Kawaraban. 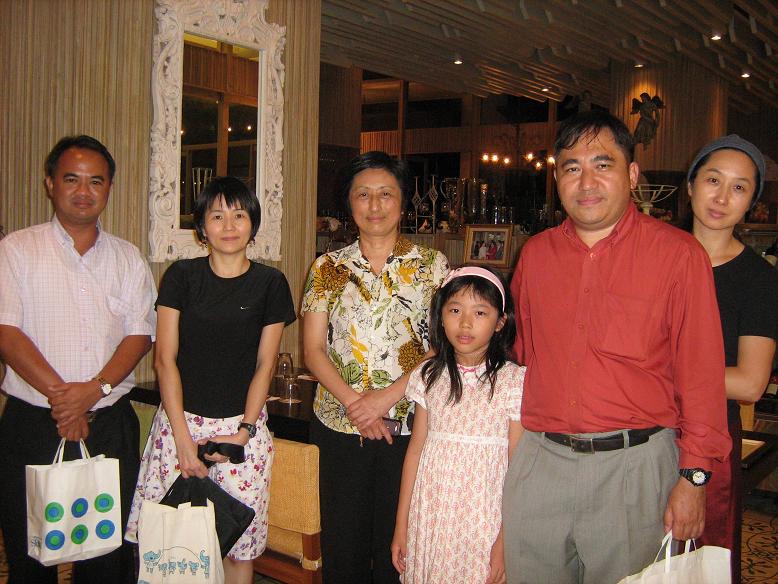