The Atsumi International Scholarship Foundation held its new year’s party last January 10, 2009 (Sat) from 12 to 4:30 PM at the Foundation’s Hall, where more than 60 people consisting of Raccoon Kai members from 1995 to 2008 and their families gathered. As usual, the participants were all treated to delicious Osechi Ryouri and yakitori. However, what drew most of the people’s attention was the making of Chinese style boiled dumplings by all of the scholarship recipients under the leadership of Wang Jianhong-san (2007 Racoon). Within the dumplings project team, some members met each other for the first time, but in course of enjoying the making the dumpling wrappers and putting in the ingredients, they became friends immediately. The Mochitsuki (making rice cakes) was also interesting, and even the children enjoyed pitching in.

After the meal, there was a special program, which everyone enjoyed. There was a piano performance by Mineo-kun, the son of Jin Zhengwu-san (2000 Raccoon), and a guitar and song performance in Japanese and Chinese by Wang Wei (2008 Raccoon) who was a member of a band in China for several years.

A 30-second self-introduction by everyone present followed. Everyone talked about how they spent the New Year and the progress of their dissertations. With a toast of champagne, in English, Korean, Mandarin, Shanghainese, Taiwanese, Mongolian, German, Sri Lankan, Bulgarian, Cambodian, Myanmar, Swiss, Estonian, and Indonesian, everyone sang the birthday song to Rijicho, wishing her good health.
This year’s bingo game was handled by Nalin-san and Shim-san (2006 Raccoons). It was impressive to see everyone joining the fun with such fervor, hoping for a lot of good things to come in the new year.

In the words of Shim-san, this gathering has grown to be like the United Nations. I think that coming to the annual New Year party of the Foundation is every Raccoon’s joy. 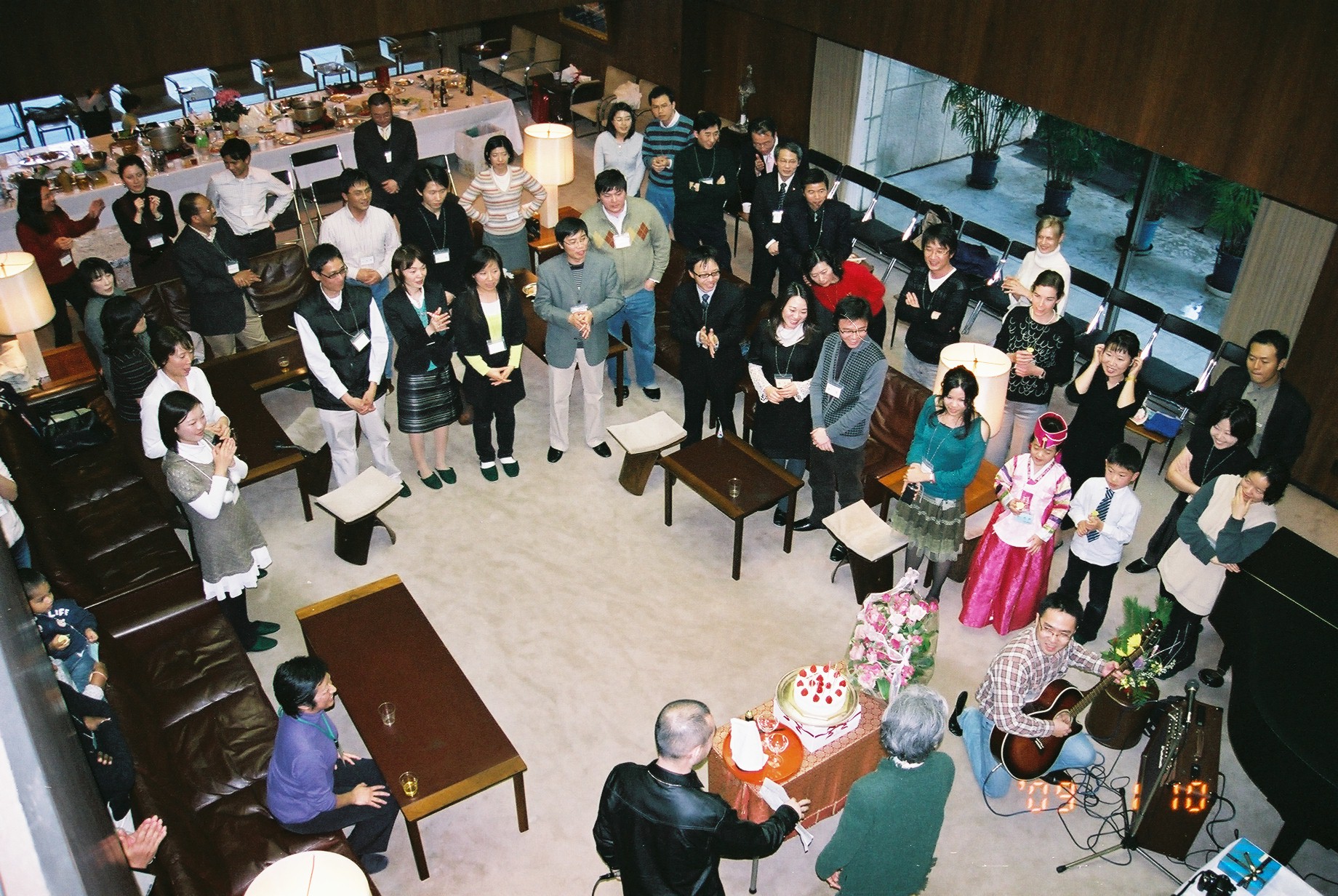