On Sunday November 25, 2007, Raccoonkai members Qi Jinfeng (2001 Raccoon), Ye Shen Steve (2004 Raccoon) and AISF Director Junko Imanishi, who was visiting Guangzhou, made a day trip to Nansha, where Toyota Guangzhou is located. The group visited the factory and office of Nippo Kogyo in Nansha, where Hu Gunbing (2002 Raccoon) works, although he travels a lot between Nagoya, Guangzhou, and Tianjin. His company is designing the production line and maintaining the Toyota factory. We were surprised to be scolded by the guard man when we took a photo in front of the factory gate. One of three islands in Nansha will be entirely used for Toyota and its subcontractors in the future, but there are still a few cars on the 8-lane roads. It was still understandable to see people sometimes walking on the car lanes, but it was unbelievable to see most cars did not stop at the red traffic lights! Toyota Guangzhou has been doing so well as they have already paid back what they have invested. Construction of the second factory has already started. 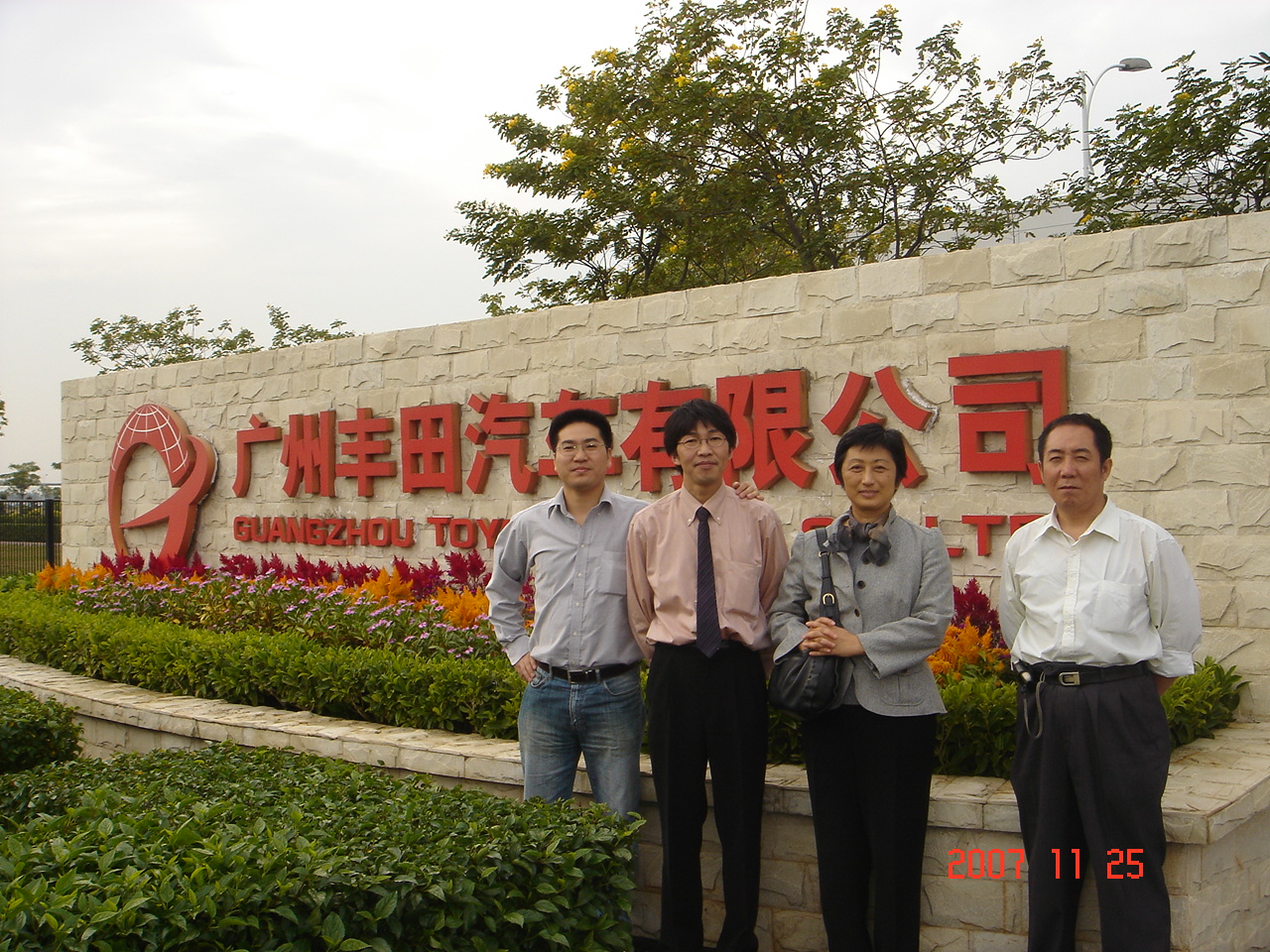