On May 25 2008, with summer just around the corner, a send off party was held for Dr. Oscar Porras Rojas. He returns home in Costa Rica not only as a professor but as head of the department. As a fellow scholarship recipient of fiscal year 2007, I not only very much envy him but am also full of pride. The send off party was particularly planned on the possibility of not being to meet him again, since his home country is so far away.

Time for preparation was so short, and everyone was very busy with their dissertations so not everyone could attend. In attendance were the 2007 fiscal year scholarship recipients , Kim Minsuk、Lee Eungyong、Quan Mingai、Yan Hainian、Yaroslav, Shulatov Yaroslav、Wang Jian Hong and Oscar and his wife. headed by Atsumi Foundation Managing Directress Junko Imanishi and Chief Secretariat Shimazu, for a total of 10 persons.

As per Oscar’s preference, the cuisine included Peking Duck this time. The lively party was held on May 25th at the restaurant named “China Town” in Ikebukuro. There were a lot of delicious meals to choose from, and we first ordered various appetizers, and large portions of the main course dishes, and finally dessert. In particular the three ways of eating Peking Duck was praised by everyone. We tried different drinks from beer, to Chinese wine, and then the popular White Liquor. I was surprised, as a Chinese, that Imanishi-san and everyone could drink White Liquor without any hesitation. The (Chinese) White Liquor has rather high alcohol content and a peculiar aroma so I think that many people might not be used to it. Lively discussions went first from Oscar’s home country, Costa Rica to the Sichuan earthquake. Later, the topic went on to who is stronger: Shanghai or Northern women.

The 6 to 10 period went by quickly. At the end, there was a fund-raising for the victims of Myanmar Cyclone Disaster, and everyone actively gave a total of about 40,000 yen. After the souvenir picture taking, we all went home, having enjoyed a really pleasant party. One thing I learned from this send off party that a fellowship once made could be called a lifetime friendship. Within one’s lifetime there are things that one should always take care of. I end with a request to everyone to please take care of the fellowship of Atsumi Foundation scholarship recipients. 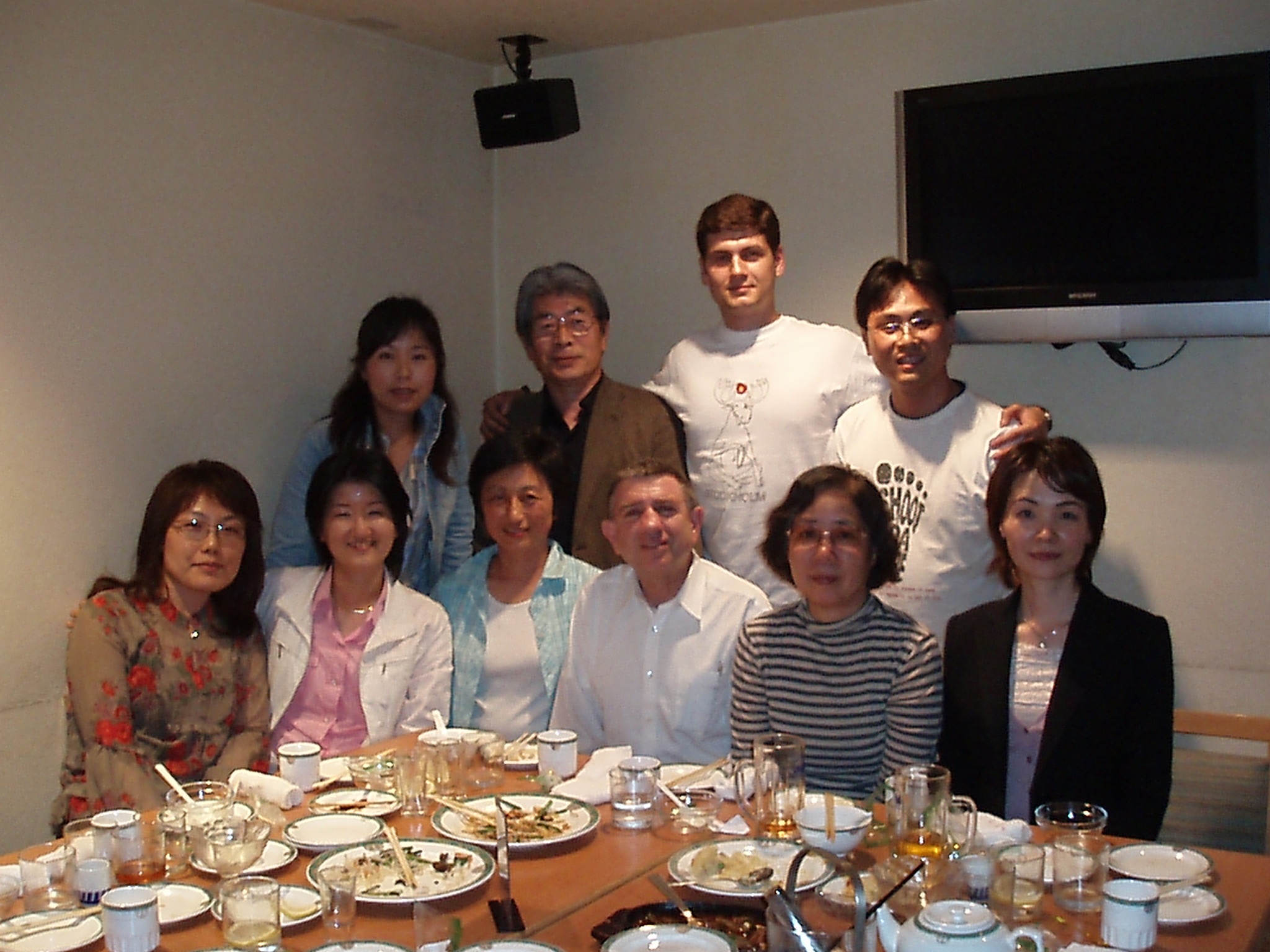