Last May 16, 2008, a Chinese Raccoonkai was held in Beijing. Atsumi Foundation Managing Directress Junko Imanishi, Zhao Qing (96 Raccoon), Sun Jianjun (02 Raccoon), Piao Zhenji (03 Raccoon) had a get-together. The Raccoonkai was held in two parts, one in the afternoon at a coffee shop, and another one while having dinner. Zhao Qin was only able to join the first part, while the other Raccoons were invited for dinner by Mr. Masamoto Yashiro, a Trustee of the Atsumi Foundation.

From 3 to 4:30 PM, at the Bookstore Cafe near Beijing and Tsinghua Universities, a lively conversation transpired on how the times have been changing. From 6 to 8:30 in the evening, at the Hyatt Hotel in Beijing's Wangfujing district, over good food and wine, we talked about global affairs, Japan-China relations, China's splendid development, and the recent natural disasters and other breaking news. Although the topics were heavy, the mood was genial.

One feature of this Raccoonkai was the presence of a guest. Mr. Yashiro was a former chairman of Shinsei Bank, and is a veteran in global financial affairs. He is 79 years old, but looks 50, and is an elegant person with a surprising vitality and memory. While being a consultant to China's Banking Supervisory Committee and Construction Bank, he is residing in Beijing and study Chinese. It is just a little over one year now, but he is now able to converse and write in Chinese. No less than a superman! Everyone was completely impressed and inspired to do well.

It is always a pleasure to join a Raccoonkai. This one was even more enjoyable. I look forward to the next one. 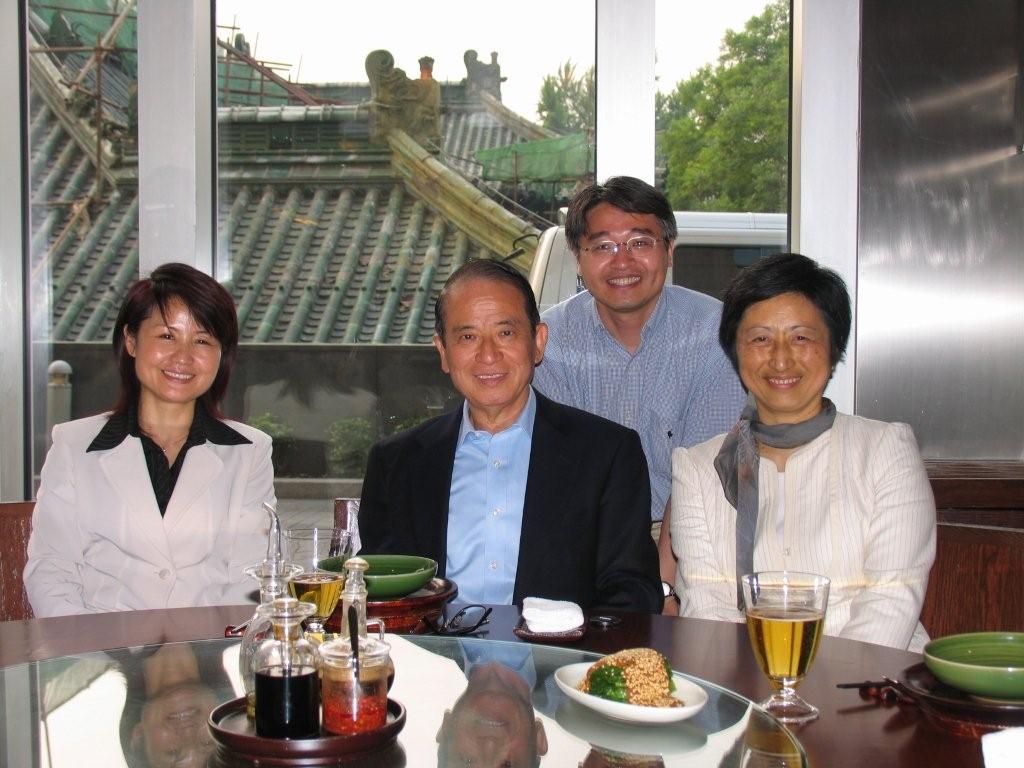